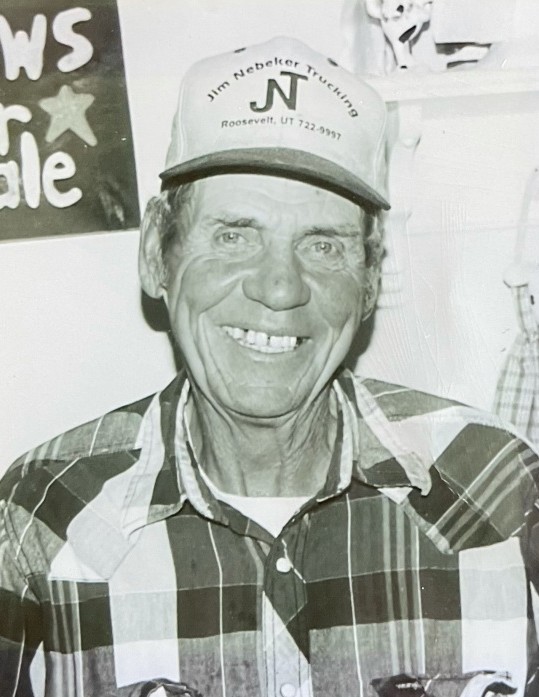 William Eugene Brown (Gene) was born on Christmas Eve 1940 to Ora Fern and William Charles Brown in Duchesne, Utah. He died May 29, 2021, at his home in Ouray Valley.

Gene went to school in Ft. Duchesne, Alterra on the White Rocks Road, and graduated from Union High School in Roosevelt in 1959. During his childhood he was “adopted” by the Brough brothers, Dee, Gib, Grant, Bob, and George and spent time with them and on their farms where he developed a love for farming and ranching.

The three Browns then moved to Aztec, New Mexico and Grand Junction, Colorado, where Elizabeth Ann was born in 1963. Gene continued to work in the oil field. Recognizing the value of education, Gene started school at Mesa Junior College in Grand Junction in 1964 and received an Associate Degree in 1966.

The four Browns moved to Boulder, Colorado, as Gene continued his education with a desire to obtain a science degree at Colorado University. Gene worked part time and went to school full time.

Upon receiving the sad news that George Brough had died in Utah, Gene decided to make the change from an urban life to a rural life. He purchased George's 160 acres and house and the four Browns moved to Ouray Valley in Utah in 1972.

By leasing cows from John Garr Brough, Gene was able to develop a herd of 12 cows. He worked full time in the oil field and farmed with his family at night and on weekends. He was able to slowly build up the numbers of his cow herd with his wife and partners (Craig and Elizabeth Kosoff). Together they enlarged the ranch by purchasing ground both in Utah and Colorado and Gene was able to finally fulfill his dream to be a rancher.

There were many years of following the chariot and quarter horse racing which were important to Gene in between working in the oil field, farming and ranching. His horse, Heza Hilltopper, the love of his life, brought years of pleasure to him and his family.

He was preceded in death by his parents, two brothers, one sister, and a brother-in-law.

Burial will be in the Avalon Cemetery.Under the care and direction of the Blackburn Vernal Mortuary

Funeral services for Eugene Brown, 80, will be conducted Friday June 4, 2021 at 11 AM at the Blackburn Vernal Mortuary

To order memorial trees or send flowers to the family in memory of William Eugene Brown, please visit our flower store.
Send a Sympathy Card