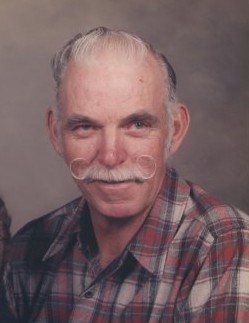 Willard Ralph Rasmussen, known as Bill, was born December 9, 1929 in Vernal, Utah. The oldest of two sons of Willard Hardy Rasmussen and Nora Ann Long Rasmussen. At the age of ninety he passed away peacefully at his home surrounded by family on December 24th.

Bill grew up in the Ashley area of Vernal with lots of family and relatives around.  It was a simple life, but one that was good for a young boy.  At the young age of sixteen and believing that he had had enough school he found himself a job on a drilling crew going to Big Piney Wyoming. Bill had many experiences as a young man and was saved many times by his guardian angels.

He met the love of his life, Donna Johnson, at the Red Barn Dancing Hall in Roosevelt. They loved to dance and continued to dance all through their married life of sixty-nine plus years. They were married June 11, 1950 in Vernal, Utah. Through the years their family was blessed with four children, Ron, Colleen, Sandy and Ken. When Bill and Donna were first married he worked at the Bonanza Gilsonite Mines. When some of the mine started caving in Bill decided it was time for different employment. He got a job with CE NATCO working in the oil fields supplying oil equipment and building tanks . This career lasted for thirty-two years, ending with retirement in 1985. Bill and Donna moved during this time to Casper Wyoming, Bakersfield California, Ventura California and finally back to their hometown, Vernal Utah. Bill traveled the world with his job going to Nigeria, Iran and Alaska.  Between jobs and cities their family  moved twenty-five times before settling back home in Vernal. In 1974 they bought their farm and built their current home in the Davis area.

In 1963, Bill was baptized into The Church of Jesus Christ of Latter-day Saints while living in Bakersfield, California. Joining the church was an answer to the prayers of his good wife who never gave up hope that someday this would happen. A year later on November 20, 1964 they went to the Los Angeles Temple and were sealed together as a forever family. Bill was very active in the Boy Scout program in Bakersfield planning and participating in river trips and camping with his oldest son, Ron.  In Vernal he was the financial clerk serving with four different Bishops, he served in the Vernal Temple and at eighty-eight years of age, he developed an interest in Temple Indexing. (This is a searchable digital index of scanned images of historical documents that are relevant to genealogy.) Bill bought  a computer and learned how to use the internet. In just two short years he has completed the indexing for a total of 28,278 names. Bill and Donna continued the tradition of Bill’s father, Willard, having sheep and caring for them on their family farm. Two years ago because of Bill’s health concerns the live sheep went to live elsewhere giving Bill the opportunity to continue shepherding by gathering the sheep of past generations through indexing.

Retirement not being a word Bill believed in, he served on numerous  Utah State and local boards including, Uintah County Conservation District, Golden Age Advisory and Uintah County Special Service District Board. Bill was the director for the canal company board for eighteen years where he initiated the installation of a lateral pipeline and was the water master for fifteen years. He was known in Vernal as a farmer and stockman. He has served on the NRCS -National Resource Conservation Services, Utah Agriculture Advisory Board, Utah Council for Aging and secretary of the Uintah Club- a volunteer group at the Golden Age Center and Boy Scouts America Area Commissioner. Bill was never one to sit idle.

Bill is known for many worthy character traits. He was a hard worker, always providing for his family. He believed in being honest, keeping a ledger, learning how to manage his money, and staying out of debt. He has always helped his kids, grandkids and great grandkids learn these principles of work, honesty and being true to your word. In his own words, “I guess I learned more than anything else from my Dad the value of an honest name and that people could rely and depend on whatever you said to be a fact.” Bill not only learned this but taught it to his whole family. Bill and Donna enjoyed family coming to the farm to visit. Bill was always happiest when he could give the little kids a ride in the trailer pulled behind the quad around the farm and in the pastures.

To order memorial trees or send flowers to the family in memory of Willard Ralph Rasmussen, please visit our flower store.
Send a Sympathy Card