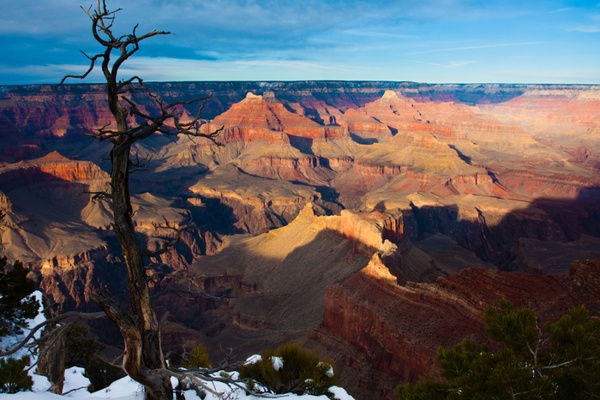 On June 3, 1960 in the tiny town of Bellemont, Arizona, Trinidad Madge Ben joined her parents Chester Sr. and Chloris and her siblings, Chester and Verdie to complete their family.  Trinie passed away on July 9, 2021, at the age of 61 and completed their family once again---this time in heaven..

Trinie was a preemie who wasn't supposed to make it, but she showed early on that she had strength and tenacity.  Her earliest years were spent on the mesa in Polacca, Arizona, where she grew to love her maternal grandmother, her Uncle Morris, and the "Hopi Way".  Though she was part Tewa, she would talk often of the Hopi Way.  She was always tied to those people in her clan with a deep and abiding love and to their value system and way of life; though later, she would live away from the mesa.

In 1968, as Trinie's mother was a single mom and wanted a better life and education for her children, Trinie boarded a bus with her siblings and dozens of her Native American friends and came to Utah where she would spend her school year and return to the reservation during the summer through the Indian Placement Program of The Church of Jesus Christ of Latter-day Saints.  She talked often of the paralyzing fear she experienced as she left her mother and everything she knew, then left her siblings, and then met this family of nine that she was supposed to stay with.  She was 8 years old and terrified.

For eleven school years, Trinie came to the home of Glade and Elizabeth Sowards and their large family of children in Vernal, UT.  The fact that she came back and spent eleven years with the Sowards is rare and speaks to her strength and bravery and the love that was forged between her and her second family.  She got to be there for the additions of two more brothers and got her share of babysitting!  She attended Central Elementary, Vernal Jr., and Uintah High schools and graduated in May of 1979.

Trinie made many friends and was active in the Primary, Young Women, and the seminary programs.  She was a good student and excelled at almost everything she touched.  She had beautiful hands and whether it was creating a piece of art, twirling a flag in a flawless routine for her high school, sewing, executing a typing drill with incredible speed and accuracy, or doing what she loved most, playing classical music on the piano, she was extremely talented and did a beautiful job.  Some of her favorite memories were playing the piano for visiting general authorities or state dignitaries in the Sowards' home.

She attended one summer term at BYU, and then later worked hard at secretarial jobs and as a mentor for Native American students at Vernal Middle and Vernal Jr. High Schools so she could support her new daughter.   Later on, she married, lived in the Roosevelt area, and had two more beautiful daughters.  That union ended in divorce.  Eventually she married again, and gave birth to a strong handsome son.  At the time of her death, she was separated from her husband.

Life took her multiple places in Utah, New Mexico, Arizona, and several places in the mid-west. More recently she worked in Bountiful, Utah in an assisted living center where she was praised for her work and to the delight of the clients would sometimes play the piano for them.  At the time of her death, she was living in Vernal.

Her youngest Sowards brother, Christen, said, "Trinie, taught me to be the River.  You can touch two shores and bless both worlds,... Being a River is beautiful and lonely."  Trinie definitely blessed her people, and she taught us so much when she touched our shore.

A short graveside service will be held for Trinie on Monday, July 26, at 1:00 at the Vernal Memorial Cemetery.

To order memorial trees or send flowers to the family in memory of Trinidad Madge Ben Nebeker, please visit our flower store.