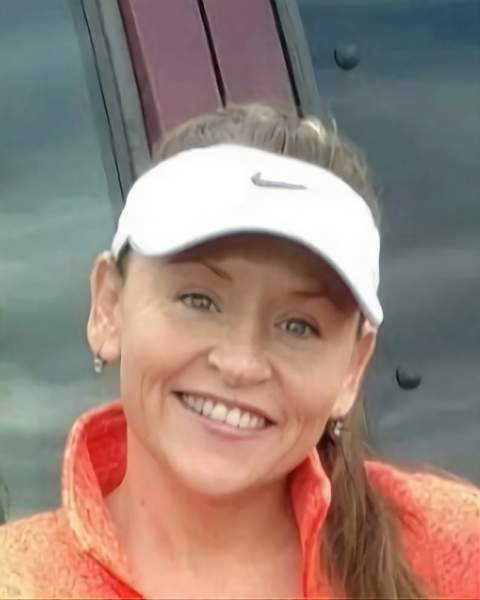 Theresa Rae Hume, more commonly known as Tracy and named after her great- grandparents, was born on March 24, 1979 in Rangely Colorado to Bill Hume and Joye Stockman, she was the second of their eventually four daughters.  Bill and Joye moved from their home behind Nichols, “down river”, in 1983.  Tracy loved the country life. She truly loved all the animals including the ones that were conveniently located next door with her Aunt Fern including Sheep, Rabbits, Chickens, Goats and Pigs, but her favorite were the two Shetland ponies.  She always dreamed about having her very own “real” horse on day.  Down River us girls enjoyed playing dress-up, roller skating in the basement, building forts “in the back”, jumping on the trampoline and spending lots of summer time in the river.  Tracy always excelled in school, Graduating Rangely High School in 1997 and Colorado Northwestern Community College in 1999 with an Associate of Arts degree. During this time, she also worked for Nichols Store, Max's Pizza and rode and trained horses with Roxie Englert.  She also received her Massage therapy training Traveling back and forth to Grand Junction to complete.  After Graduating college, she moved to the Denver area for a short time but returned to Rangely to help her Dad, Bill and Grandparents with the Nichols Store.  Shortly after coming home she was given a puppy that she named Anika from a friend.  This is when her love and need for a big yellow dog started. After being in Rangely for some time she decided she missed her friends and her beloved job as team lead at Grainger and returned to Denver.  Not being able to immediately find a dog friendly living arrangement she reluctantly left Anika behind in Rangely with her Dad.  Bill shortened the dogs name to nick or Nikki who quickly became the only “person” to keep up with him for years on end.  After being back in Denver for some time she moved in with her long time fiancé Jesus Figeuroa in a dog friendly apartment.  With Nikki being Dad’s long time side kick, they welcomed Blanco to their home. During this time she also attended Denver University studying International Business. She remained there until 2010 when her and Jesus ended their relationship and she headed back to Rangely, Blanco in tote.

Tracy became somewhat of a gypsy for a while moving back and forth between Rangely, Pieance Creek, Grand Junction and Denver.  She enjoyed working various jobs including many in the oil field but her passion was ranch work which she did for various owners, including Nona Powell, Tim and LaRue Mantle and Theos Ranch to name a few.  Tracy had no problem doing whatever job they needed her to do whether it be riding horses, cleaning or docking sheep. Tracy married to Eddrick Lorenzo Williams and again settled in Rangely, welcoming their first child Ray'Sun Hume Williams on July 13, 2013.  Tracy again joined her Dad working at Nichols Store as well as for John and Sandy Payne at Giovanni’s.

In 2015 she lost her beloved friend and Dog, Blanco.  While going through her divorce from Eddrick, She met Blas Goizueta and moved to Meeker shortly after welcoming their daughter Ametes Janette Goizueta on September 16, 2016.  While in Meeker she worked for Ma Familias, Theos Ranch, Wendell's Coffee Shop, as well as the Rustic Lodge and cleaning houses and of course her massage therapy a job she enjoyed and did no matter where she was living.  She was a very talented masseuse and was told by many she had the strongest hands.

After her relationship ended with Ametes father, Blas, Tracy built a support system of co-workers, friends and roommates, one of them being Val who ended up giving her her last big not quite yellow dog, named Honey.  Tracy tragically left us on September 3, 2022.  Tracy loved her children and her animals.  Tracy will always be known for her quick and generous smile and loving personality.  She was always a bleeding heart, willing to give anyone the shirt off her back or the shoes off of her feet.  We all have fond memories with her and she is irreplaceable.

She is survived by her son Ray'Sun Hume Williams of Meeker, CO and his father Eddrick Lorenzo Williams of North Carolina, her daughter Ametes Janette Goizueta and father Blas Goizueta of Loma, CO, her parents Bill Hume (Julie Lohr) and Joye Stockman, her sisters, Jennifer Hume of Grand junction CO, Sarah Nielsen (Bart Nielsen) of Rangely, CO and Amanda Hume of Meeker, CO and several nephews. Her family would like to thank all her friends, employers, counselors and chosen family that encouraged her to strive for sobriety.
Grand Parents : Maternal  Clarence William (Bill) & Lillian Darlene Stockman

Tracy will be greatly missed by all who knew her until we meet again in Paradise.

To order memorial trees or send flowers to the family in memory of Theresa "Tracy" Hume, please visit our flower store.