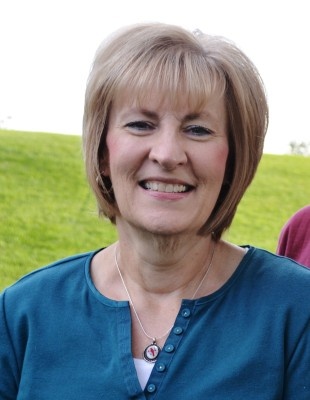 Susan was born on August 13,1955 in Roosevelt, Utah, to Erwin and Dorthy Rust.  She was their second born child and was the oldest sister in their family.  She had a fun childhood and many adventures while playing with her older brother, Kent, her close sister Cindy and two younger sister's, Diane and Janet.  Her two youngest brother's Mike and Dave were born when Susan was a little older, but she was very close to them and they've shared a lot of fun and memorable times together. She was a helpful and caring sister to them all and loved them and her parent's dearly.  She was a great friend and was well liked by her classmates and teachers. She graduated from Minor High School, in Birmingham, Alabama, Class of 1973.

Susan married Bob Litton on July 31, 1977 in Elko, Nevada. Together Bob and Susan welcomed two beautiful daughters into their lives, Carrie in 1978 and Jill in 1983.  Susan was a wonderful and caring wife and mother.  She made a beautiful home for them all.  She was a superb decorator and made everything magical and beautiful.  She was a great cook, passing her knowledge of cooking and baking onto her daughter's.  She also had a green thumb and passed her love of flowers and plants onto her daughter's as well.  Susan took impeccable care of Jill during her battle with cancer. She never left Jill's side.  They are both able to rest in each other's arms now after all they have endured.

Susan loved spending time with her family and always looked forward to every family get together. There are many fond memories from all of the holiday gatherings.  Some of their happiest times together were spent playing Spades (a card game).  As soon as the dining table was cleared a long, cheerful and loud game of Spades would ensue.

Susan was a wonderful grandmother to her three grandchildren.  She wasn't afraid to spoil them a bit and often took them shopping to get a treat.  She will be deeply missed by Madison and Bailee who have many happy memories of spending time with their Grandma Susie.

Susan was one of the most valued long term employees at Peterson Plumbing Supply, having worked there for 17 years. She was one of the most conscientious, organized and thorough people you could meet.  Before her time at PPS, she worked with her husband Bob, at Winnelson in Vernal and Orem, Utah, for 12 years combined. She was very fond of her co-workers and employers and had great relationships with them.  She will be greatly missed by all who knew her.

To order memorial trees or send flowers to the family in memory of Susan Litton, please visit our flower store.