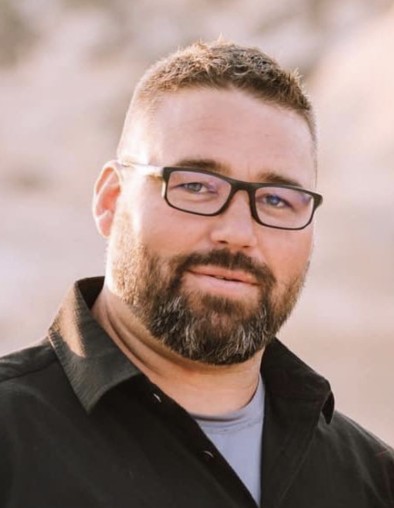 Those who knew Steve Collins, even just a little, lost a shining light in their lives.

Friday January, 17, 2020, Steven David Collins, Our protector, our best friend, our hero; a loving father, son, and brother, known around the world his friendly positive attitude, tragically passed away unexpectedly in Vernal, Utah

Although only 40 years old at the time of his death, Steve leaves behind a legacy of Love, Compassion, and Kindness.

Steve lived a life that very few will ever live, and many will spend their entire life trying to accomplish.

Born in Dundee, Scotland on February 21, 1979; Steve was the first-born child of Barbara Collins and Robert Collins.

At the young age of 3, his mother Barbara, his younger sister Gill and Steve relocated from Dundee, Scotland to Vernal, Utah.

Throughout Steve’s childhood, he was quick to introduce himself to anyone, make others feel welcome, and gain life long friends.

Nobody ever felt like an outsider around Steve.  He showed love and compassion for every individual with whom he came in contact and almost always gave them a very unique nickname that would stick with them for life.

Steve was a very self-motivated and enthusiastic child. He was always an avid reader, hungry for knowledge, especially in music and sports.

Steve loved sports.  Any and every type.  He excelled in every one he played.

While attending Uintah High School Steve’s love for sports continued to increase. He enjoyed every moment he played and knew the stats for not only himself but for every other player on the team.  Football, Tennis, Soccer, Basketball, just to name a few.

At the age of 15 & 16, Steve proudly earned the chance to participate in the “Milk Sure Shot” competition.  He placed first two years in a row and advanced on to the region title;  then on to the State Title where he got to shoot on the floor at half time of the Jazz game, where he earned second place.

After graduating High school in 1997 Steve moved back to Scotland for close to a year where he played Rugby, learned to celebrate like a true Scot, swear, and all about the Scottish traditions and cultures that he grew to cherish and embrace.

Steve later returned back to Vernal where he took on a few different jobs.

Went to school to become an Electrician, did Construction work, and taught himself to play the guitar.

Steve’s passion for music was contagious and exciting.

Most importantly, in 2007 Steve became a father to his princess and his whole world, Fiona.

If you ever asked Steve, his greatest accomplishment wasn’t his sports legacy, Scottish heritage, love for music or even his career.

His greatest accomplishment and joy in life was his daughter Fiona.

His ENTIRE world revolved around Fiona.

Anything and Everything she wanted or needed, he was the first to be there and make sure she was taken care of.

There is no denying that Fiona brought her daddy the most excitement and true happiness in his life.

He thrived on every thing that she did, and would watch with such enthusiasm and excitement during each activity.

He helped coach and organize many events that Fiona would participate in.

Steve not only wanted the best for Fiona, but he also looked out for every kid that was a part of the program she was involved with.

He wanted her friends to succeed just as much as she did.

Steve was the proudest father of his baby girl. He taught her so much and toted her around with him everywhere.

Throughout Steve’s entire life he was known as the protector of his family and friends. Especially the ladies in his life.

His mother was his first Love. He has always watched out for his Mom and made sure to take great care of her.

He was always stopping in just to make sure she had what she needed.

He was fiercely protective of his little sister, Gill.  He could pick on her all he wanted but no one else was going to get passed him to get to her.  They had a bond unlike most brother and sister bonds.

His Soul Mate,  Brandy Pitchford.  They had a love story so deep.  Steve had never been more in love, more happy and filled with utter true  pleasure.  He mentioned often his life felt fulfilled with Brandy by his side.

Steve was also a proud Uncle.  He was overjoyed to have nephews and nieces and would often pick them up and take them on adventures.  He loved showing up to their sporting events with that cheeky smile as he watched them do what they loved.

He leaves behind his entire world, Fiona Jane (daughter),  his sisters Gill (Will) Oostveen, Laura Collins;

The family wants to especially thank each and every one of Steve’s closest friends who have grown to be more like brothers and sons.

Arrangements locally were by the Blackburn Funeral Home.

A Celebration for Steve Collins will be as follows:

All will take place at the Uintah Conference Center, 313 East 200 South, Vernal, Utah.

Bring your memories and stories.

To order memorial trees or send flowers to the family in memory of Steven David Collins, please visit our flower store.
Send a Sympathy Card