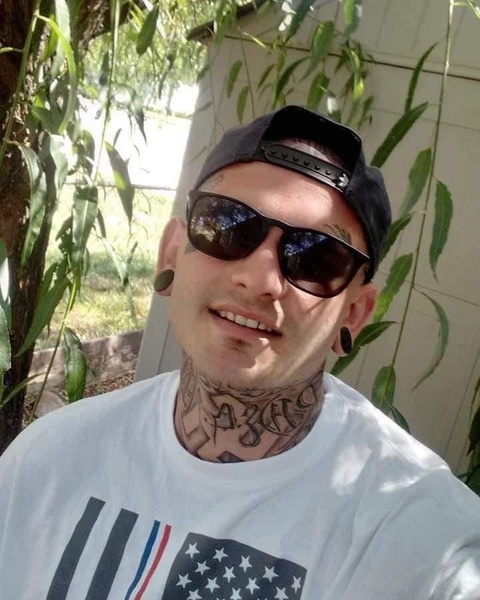 ***Funeral Services are being handled under the direction of Hullinger Mortuary.***

Shaun D Kelsey, age 24, of Vernal, died October 3, 2022, at the University of Utah Medical Center from injuries sustained in a motorcycle accident.
He was born March 10, 1998, in Roosevelt, to Kenneth W. Kelsey and Mellisa Lou Morris.  He married Madison Jones, and they later separated.
Shaun liked anything fast, and was up for whatever challenge he was faced with.  He was very family oriented, being loyal and protective to all.  He was a talented tattoo artist, creating and drawing most of his work himself.  He enjoyed boating, fishing, riding motorcycles and dirt bikes, and feeling the speed – he simply liked to be outdoors.  He had worked as a mechanic for Brady Trucking.  He loved his dogs, especially his Pitbulls. Shaun has had various challenges, but he worked hard to overcome them and used those experiences to better his life.  His last act of service was being able to donate his kidneys to two very special persons.  He now lives on.
Shaun is survived by three children, Quintessa D, Julian T, & Grayson C; his wife, Madison; his parents, Kenneth Kelsey, Jensen; Mellisa (Chase) Martin, Vernal; brothers and sisters, Kendall Kelsey, Roosevelt; Tyler Kelsey, Vernal; Dakoyta & Preston Kelsey, both of Wyoming; aunts and uncles, Liz Kelsey; Raymond Kelsey; David Kelsey (Caryn Naphakdy); Sandy Townsend; Andy Morris; Davie Morris; LaRay Pickertt; Lisa (David) Stewart, Angie (Brandon) Draper; Lindsey Morris; Douglas Burke; grandparents, Kendall & Janice Kelsey; Beth & Milton Tanner; Cindy & Bob Stinger; Harry Morris; and several nieces, nephews, and cousins.
He was preceded in death by his grandmother, Shanna Morris; great-grandparents, Lena Tanner, William & Gene Bowden; Neva & Gene Rasmussen; Doran & Carolyn Kelsey; Mary Lou Bowden, and Bernice and Lavar Morris
Funeral services will be held on Monday, October 10, 2022, at 11:00 a.m. at the Blackburn Vernal Mortuary.  There will be a viewing on Sunday from 6-8 p.m. and from 9:30-10:45 a.m. at the mortuary.
Cremation will follow services.

To order memorial trees or send flowers to the family in memory of Shaun Kelsey, please visit our flower store.