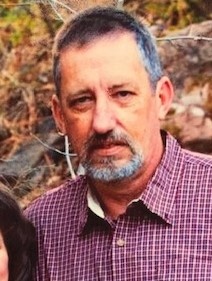 Click below to livestream the Funeral Services on Monday, February 22, 2021

Ronnie Glade Mackay was born November 27, 1958 on Thanksgiving evening in Vernal, Utah. As a little child Ronnie could be found playing all day with his trucks in a pile of dirt. This love of big trucks followed him his whole life. There wasn’t a truck he couldn’t fix or a wrecked one he couldn’t recover. He was known as Wrecker Ron to many throughout the Basin and surrounding areas.

Ronnie was a tall guy with a big heart. He was a gentle soul, and everyone whom met him loved him immediately. He had an extremely strong work ethic which he instilled in his children and probably many co-workers too. His motto was you don’t leave work when the whistle blows you pick up your tools when it blows. There really wasn’t anything he couldn’t do. He was truly a handy man from mechanicing, body work, carpentry, plumbing and beyond.

Ronnie enjoyed the many camping trips; road trips and 4-wheeler rides he took with his family. He truly loved being a Papa and was excited to teach a whole new generation all that he knew. He and his wife spent many hours together working on their yards and on their home.

Ronnie leaves behind his best friend and the love of his life, his wife Angela Turner Mackay (Angie). He is survived by his children Megan (Michelle) Mackay, Devin (Lyndi) Mackay, Ashley Murray, Colby (Whitney) Murray, Chad Mackay and his four beautiful grandchildren Brance, Case, Chemrie, Jake and another little one expected in July.

He also leaves behind his mother Carolene Gardiner of Vernal, Utah. His brother Bryan (Janet) Mackay of Rangely, Colorado, and his sister Diana (Denis) Johnson of South Jordan, Utah and numerous nieces and nephews.

Ronnie is preceeded in death by his father Bryce Mackay, his step-dad Denny Gardiner and nephew Scott Mackay.

He will be greatly missed by many.

Funeral Services  will be conducted Monday February 22, 2021 at the Blackburn and Sons Vernal Mortuary viewings will be Sunday 5-7 pm and Monday 1 hour prior.  Burial will be in the Vernal Memorial Park.

To order memorial trees or send flowers to the family in memory of Ronnie Glade Mackay, please visit our flower store.