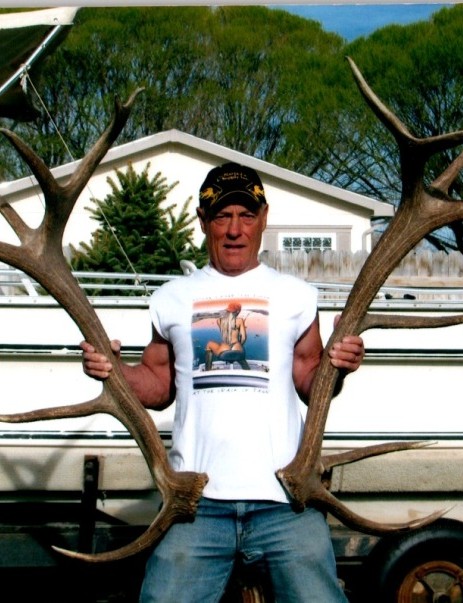 He was born August 7, 1948 in Lyons, Kansas to Donald Wayne Cannon, and Margaret Pennington.

He served in the Military as a Navy Seal; he did two tours in Vietnam in the May Con Delta Region from 1967-1971 when he received an Honorable Discharge.

He then moved to Colorado and worked as a meat cutter, then he moved to Vernal, Utah. He worked for the family business Cannon Well Service for many years until he was in an automobile accident that left him disabled to work. Ron loved to go camping, fishing, hunting, and spending time with his family, he especially like to go antler hunting with his beloved dog Scout.

He married Cheryl Evans on January 1, 1999 together they were blessed with seven children.

He is proceeded in death by his brother, Donald Eugene Cannon and nephew Cory Don Cannon.

In lieu of flowers please contribute to help with Funeral Expenses

To order memorial trees or send flowers to the family in memory of Ronald Cannon, please visit our flower store.
Send a Sympathy Card