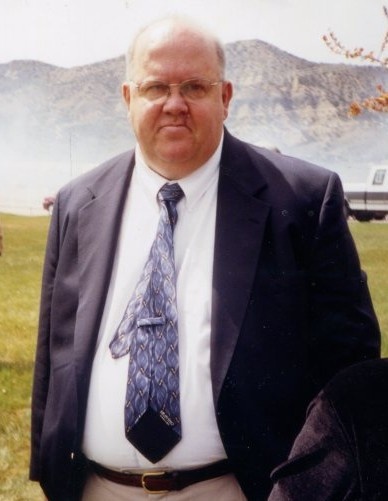 Robert Burnell Haws, age 68, passed away October 16, 2019,  at his home in Vernal with his loving wife and daughter by his side.

Bob was born December 27, 1950, in Vernal, Utah, the first son of Sterling Burnell Haws and Hazel Reynolds Haws.   Bob grew up in a small home in Glines where his family had lived for four generations and where his pioneer ancestors had helped settle.

Bob had a happy childhood doing the things most kids of his generation did—fishing and swimming in the kids’ canal in Glines, riding bikes, exploring the nearby mountains.  He loved having his grandmother live only two blocks away and spent a lot of time at her home.  In high school he played basketball, sang in the men’s choir, played tennis and loved to dance.  After high school graduation he attended Utah State University and Brigham Young University.

Bob’s father passed away September 22, 1968, when Bob was only 16.  As the oldest son he felt the responsibility of caring for his widowed mother and younger brother.

Much of his time was devoted to his mother the remainder of her life.

In 1994 Bob went on the adventure of his lifetime when he traveled to the Phillipines where he met a beautiful young woman who would change his life forever—Susan Lloveras.  They corresponded through letters and visits until she was able to come to America.  They were married in Provo, Utah on June 29, 1996. They were later sealed in the Vernal, Utah temple on February14, 2003.

Another wonderful miracle entered Bob’s life when his only daughter, Asia, was born on March 13, 2003.  Asia was forever the light of his life.  Bob and Susan lived in Provo for several years where he ran a successful mortgage company, Access Mortgage.  In 1999 they moved back to Vernal so they could be closer to his mother who was having health problems.  He lovingly cared for her and her home and yard in addition to his own until her death in 2018.  He was an avid gardner, and his organic fruits and vegetables were the envy of many.

Bob also loved fly fishing, dancing, and singing.  He was a kind and generous man who loved life and looked forward to each day even when he became ill and the days became difficult.  He will be greatly missed.

Bob was predeceased by his younger brother, Jeff Haws, his parents, and many beloved aunts, uncles and cousins.  He is survived by his wife, Susan and their daughter, Asia.    The family would like to thank  the many friends and neighbors who have supported them this past year.

Burial will be in the Maeser Fairview Cemetery. Services are entrusted bro the care of Blackburn and Sons Vernal Mortuary.

To order memorial trees or send flowers to the family in memory of Robert Burnell Haws, please visit our flower store.