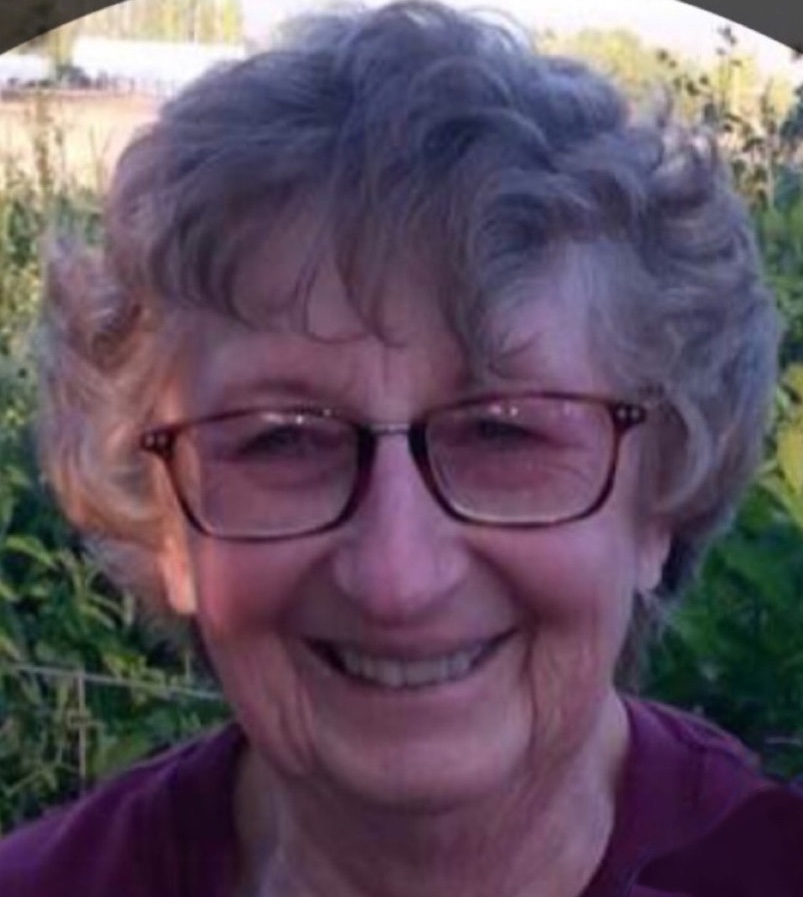 Reta Bernice Campbell born November 18, 1938 in Vernal, Utah to Alma and Bernie Wilkins. She passed away peacefully in her son, Larry ‘s home January 25, 2022. She was raised farming, riding horses, and roaming the hills around her childhood home in Bonita, Utah. Reta was an only child so in place of siblings she adopted any and all animals that crossed her path. She carried that love of animals her entire life. There wasn’t a single day in Reta’s life that she didn’t have some sort of animal companion.

Reta graduated from Altamont high school in 1956. Shortly after graduation she moved to Salt Lake and started working for the First Security Bank. She later moved back to the Basin and continued to work for First Security, where she later retired from in 1985, after 25 years. Reta was an active member of the Church of Jesus Christ of Latter-day Saints. She served in many callings for the church, including Relief Society President, Primary teacher and Sunday school teacher. Later in life she served as activity chairman for the single adult. Reta served several years as a temple worker in the Vernal Utah Temple.
Reta was a very active and involved member of the community. She served on the special rodeo committee for the Dinosaur Roundup Rodeo as a Vernal Dino -Mite, and as a member of the Chamber of Commerce. Reta went to work for the Ashley National Forest Service. She spent 10 years as a front desk information specialist. She loves working there selling firewood and Christmas tree permits, and visiting with people from out of town, sharing the best places to visit in camp. Reta later went to work at the Jensen visitor center. She was passionate about sharing all the mini wonders, sights, and fun things to do when you in a basin.
Reta truly loved living here in the Basin. She was proud to share all the great things around with anyone passing through. Grandma Reta made the best scrambled eggs and toast, best “Reta - Stew” and best manicotti.
Reta is survived by her son Larry (Tracia) Campbell of Vernal Utah. Daughter, Sandra Campbell, of Salt Lake City Utah. Grand children Alisha (Daniel) Barney, Brandon (Heather) Campbell, Brett Campbell, Lynsee (David) Raybould, all of Vernal Utah. Seth Tenhagan and Caitlyn Tenhagan both of Salt Lake City, Utah. Nine great grandchildren; Emeree, Kache, Ruger, Josee, Liam, Braxton, Braison, Bronx and Ainslee.
She is preceded in death by her parents Alma and Bernice Wilkins.

Funeral services will be conducted Tuesday February 1, 2022 at 11 AM at the Blackburn Vernal Mortuary

Burial will be in the Boneta MT Home Cemetery

To order memorial trees or send flowers to the family in memory of Reta Campbell, please visit our flower store.
Send a Sympathy Card