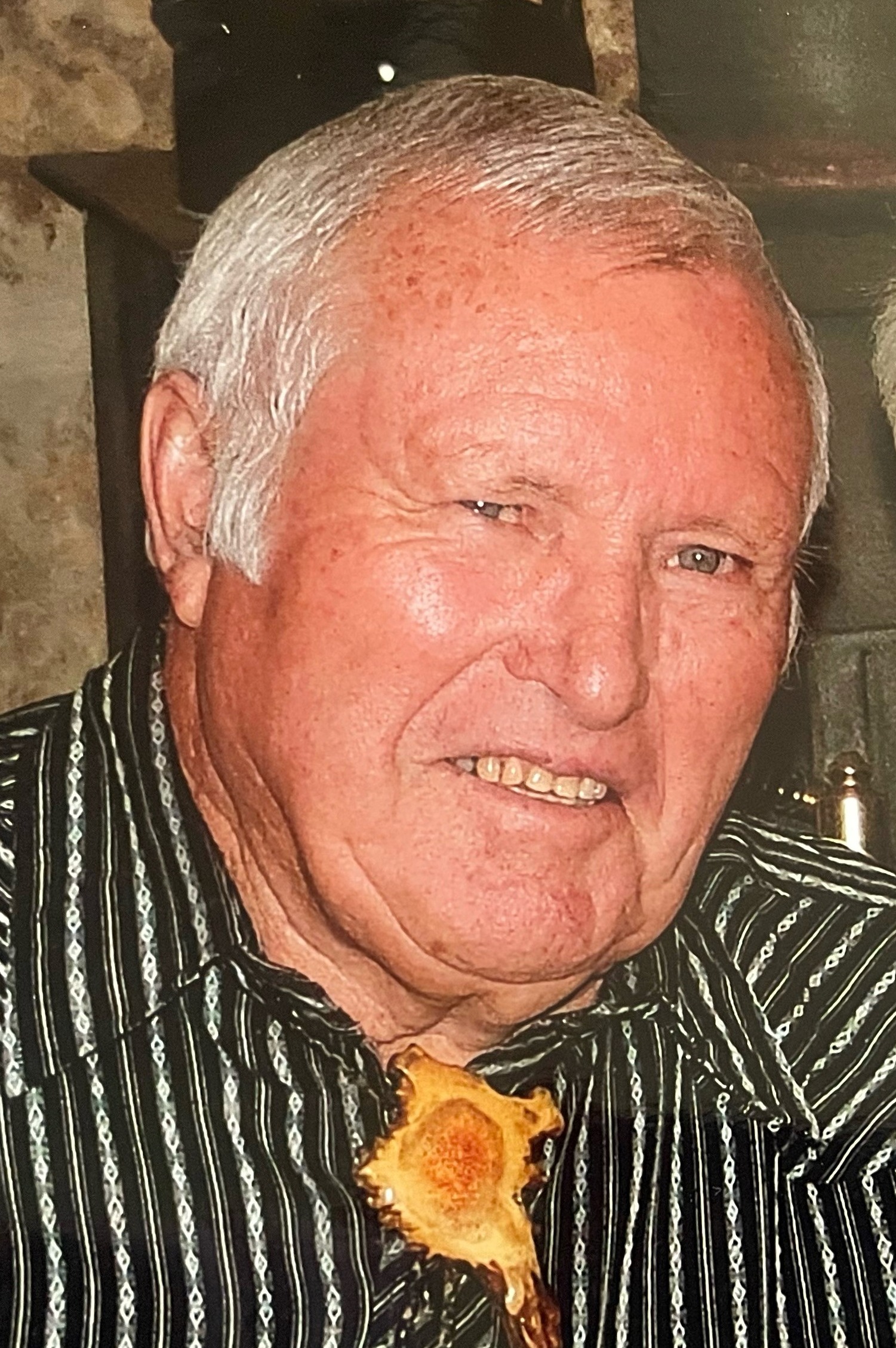 Rex was born June 5, 1933 in Altonah, Utah to Charles Ralph Allred and Belva Burgess Allred. He was the fourth of six children. He grew up on a farm. He attended grade school through the 6th grade at Altonah. Then he went to school at Altamont, Utah for the 7th through 12th grades. After high school graduation, he worked on his dad’s farm until September.

Then he and his cousin, Delor Maxfield, went out to Hill Field in Utah and worked for Civil Service cleaning up B-29 bombers. They worked the evening-night shift, so they got a job picking tomatoes during the day. They couldn’t take the city life. There were too many people! They only stayed there about a month.

Rex was back home in time for deer season and worked at home for his dad until the next fall, when he came to Rangely, Colorado, and worked for Story Electric Company for about three months, then went home and worked for his dad until he was drafted into the U.S. Army in September 1953. His brother, Charles, was killed in a power line accident in November 1953. After that, his parents were struggling with poor health and the Red Cross got a hardship release from the army for him to come home and help his parents. He received an honorable discharge from the army in July of 1954. He helped his parents during the spring and summer and worked in Rangely doing power line construction work during the fall and winter.

He met his wife, Mary Stanley in October 1961. He said, “It was love at first sight.” They were married in the Manti, Utah temple of the Church of Jesus Christ of Latter-day Saints July 21, 1962. Five children were born to this union: Wade, Pamela, Hank, Charles (Chuck), and Mary Lou.

When Story Electric Co. ran out of work, he went to work for Linman Construction Company building a water injection plant for Chevron Oil Co. in the Rangely Oil Field. After that, he worked at Rangely College in the maintenance department for nine years. Then he went to work for Moon Lake Electric Company as a lineman. He worked there for nineteen years until he retired.

Rex was an active member of the Church of Jesus Christ of Latter-day Saints. He served in many callings in the church.

His love for horses led him into raising purebred Arabian horses for a time. He was a member of the Rangely Chariot Racing Club back in the 70s. He had his own team and built his own chariot.

He loved to hunt and go camping and fishing with his family. He raised a big garden every summer, and took good care of his yard. He was creative and made many things.

He was proud of his family and was always there to help them and cheer them on when they participated in school events, 4-H or rodeos.

He is loved and will be missed by all who knew him.

Burial will be in the Rangely Cemetery with Military Honors by the American Legion.

To order memorial trees or send flowers to the family in memory of Rex Allred, please visit our flower store.