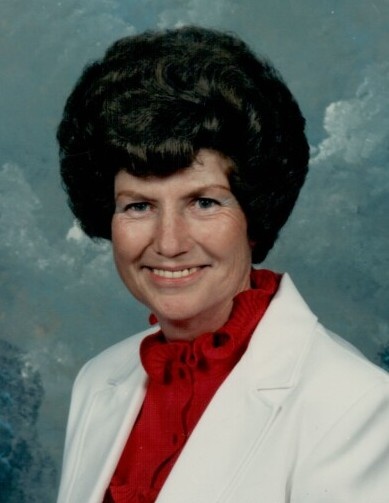 Reta was born in Evanston, Wyoming on June 18, 1928 to Reed Hamilton Hanks and Mary Elizabeth Harris. Reta attended schools in Mckinnon and Lyman, Wyoming. She was the fifth of eight children and grew up on the family ranch in Mckinnon, Wyoming. Reta married John Allen Condos on May 29, 1945 in Kingman, Arizona. Their marriage was later solemnized in the Logan, Utah temple in 1956.

Reta was an active member of the Church of Jesus Christ of Latter Day Saints. She worked many years in her clothing store in Kemmerer, Wyoming. She also worked as a nurses aid at the state hospital in Evanston, and worked alongside her husband in their family business. First and foremost she was a loving wife, mother, and grandmother who enjoyed spending time with all of her family. She was an excellent cook, seamstress, gardener, and enjoyed camping, fishing and hunting. After the death of John Allen Condos she then married Earl Allred of Vernal, Utah in November of 2003. Reta had several special friends and neighbors who helped watch out for her

Funeral services will be conducted on Wednesday, December 2, 2020 at 11:00 AM at the Vernal Stake Center Chapel (850 West 100 North). A viewing will be one hour prior to the services. Burial will be in the Rock Point Cemetery.

To order memorial trees or send flowers to the family in memory of Reta Condos Allred, please visit our flower store.