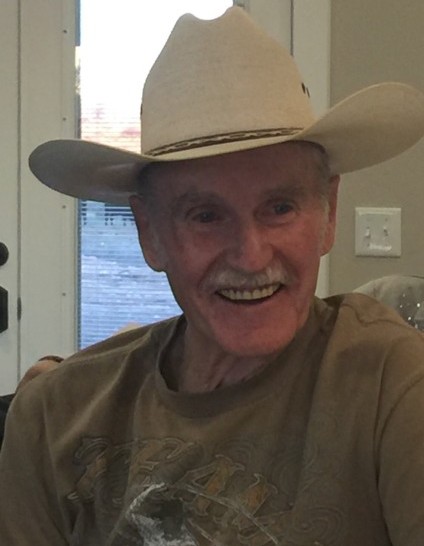 Reed H Gurr age 77 left this earth on October 6, 2018 in Roosevelt, UT after a 17-month battle with Mesothelioma.  Reed was born August 18, 1941 to Bula Gillman Gurr and Earl Gurr in Vernal, Utah.  He graduated from Uintah High School in 1959, joined the Utah National Guard and was activated to the Army Reserves where he served as combat readiness in California, Missouri, and Washington.

He married Kenna Dawn Workman in 1959 and had two daughters Teresa and Alisia, and later divorced.  On October 4, 1968 he married Jackie Nielson.  Reed adopted Traci and they had seven children, Jenifer, Randy, Vicki, Debbie, Tina, Ronda and Holly.

Reed worked as a mechanic in the oil fields, in the gilsonite mines, an open pit phosphate mine, an open pit uranium mine, and an underground coal mine.  He also worked for Moffat County, Colorado, and as a Government Trapper.  Reed enjoyed driving trucks, operating a D-9 caterpillar, and working as a government trapper.

Reed lived his life in Utah and Colorado.  He loved baseball, camping, fishing, hunting, and dancing.  He looked forward to the Friday night dances at the Golden Age Center in Vernal with his dancing partner and sweetheart of 16 years Becky Murray.

A viewing will be held Saturday, October 13 at 9:00 a.m., with services at 11:00 a.m., at the Church of Jesus Christ of Latter Day Saints,.  Dedication of the grave will follow at Vernal Memorial Park.

Funeral Services will be conducted on Saturday, October 13, 2018 at 11:00 Davis Chapel 1500 E 4000 S, Vernal, Utah A viewing will be from 9:30-11:00 prior to the services. Burial will be in the Vernal Memorial Park with Military Honor provided by American Legion. Under the care and direction of the Blackburn & Sons Vernal Mortuary & Cremation Care.

To order memorial trees or send flowers to the family in memory of Reed H Gurr, please visit our flower store.
Send a Sympathy Card