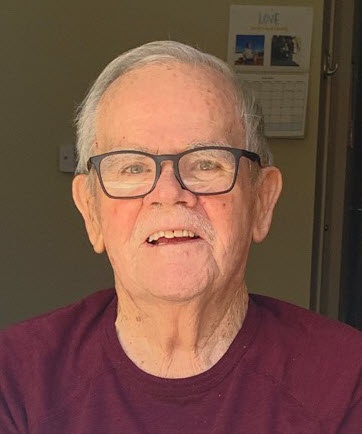 Ramond Peterson, 90 of Vernal, husband of Jean H Peterson, passed away in Provo on December 9, 2020.

He was born in Kingston, Utah February 2, 1930 to Warren Dalton Peterson and Irene LaVada Brindley. After graduating from Richfield High School, he attended Snow College until he was drafted into the U.S. Army where he fought in the Korean Conflict. After his service, he attended Utah State University where he graduated in 1955 with a BS in Education. After marrying Jean Hodgkinson, they had twin sons, Paul and Scott. Pete taught for the Uintah School District for more than 30 years. He also worked for Bradshaw Auto Parts, Vernal Memorial Park, and was a greeter at Walmart.

Pete was a member of the Church of Jesus Christ of Latter-day Saints and served faithfully in many callings in the church. He enjoyed gardening, reading, and watching the Lawrence Welk Show.

After Jean passed away, Pete moved to Texas to live with his son Scott and his family.

Pete is survived by his sons, Paul, and Scott (Susan) Peterson, grandchildren Whitney, Trevor, and Courtney, and great-grandchildren Chael and Braxton.

He is preceded in death by his parents, his wife Jean, his brothers, and sister Rayona.

Graveside services will be Saturday, December 12, 2020 . at the Vernal Memorial Park. With Military Honors provided by American Legion.

To order memorial trees or send flowers to the family in memory of Ramond "Pete" Peterson, please visit our flower store.