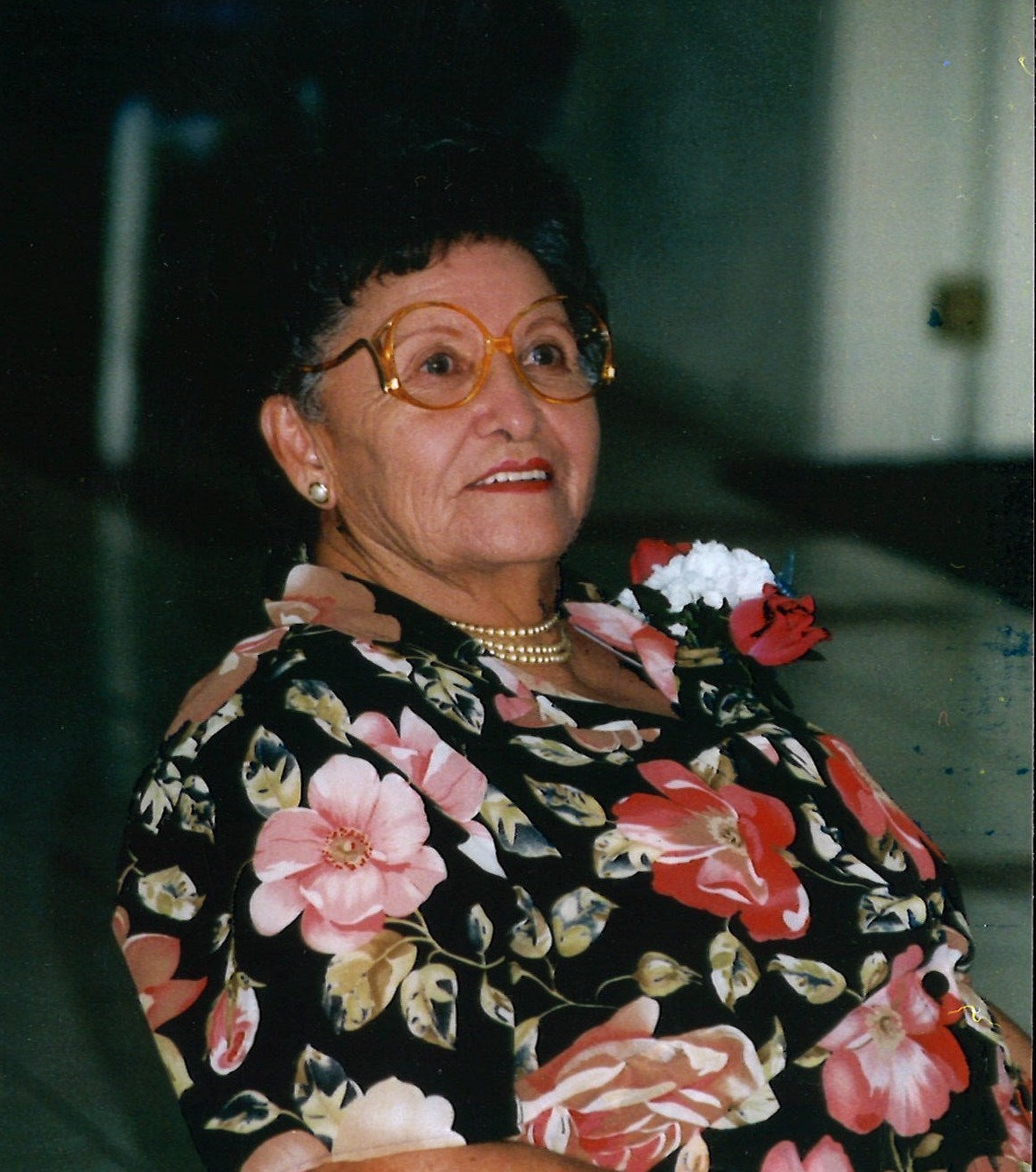 Maria Felicitas (Phyllis Mary) Vigil Gurule left to be with her Heavenly Father on March 28, 2022 at the age of 93.
Phyllis Mary Gurule was born on February 20, 1929, To Pedro Squire Vigil and Estrillita Maria Galvan. She was raised by her mother until she went to live with her grandmother Virginia Cruz, she would always speak fondly of her uncles who spoiled her.
She married Jose Manuel A. Rascon on February 11, 1946. They had two children, Joseph John Jr. in 1946 and Renee Stella in 1948.
She met the love of her life Jose Vicente Luna in 1948. In 1949 they lost a son to SIDS. They had another son Lee Roy Daniel in 1950.

In 1952 the family moved to Cedaredge, Colorado where their last child Ermalinda Diane was born in 1958. She lost the love of her life in a farming accident in 1984. She would remain in Cedaredge for the next five years. She came to Utah to visit and met Joe Gurule and after a short time they were married in 1989. He later passed away in 2001.
She loved crocheting, quilting, embroidering, hunting, camping and fishing. Her greatest joy was dancing and listen to Spanish music. She could also tell you every name from the soap operas. She came up with the idea of having bi-Annual family reunions which are still being held.

We would like to acknowledge the staff at Uintah Care Center for taking such good care of our mom.

To order memorial trees or send flowers to the family in memory of Phyllis M Gurule, please visit our flower store.