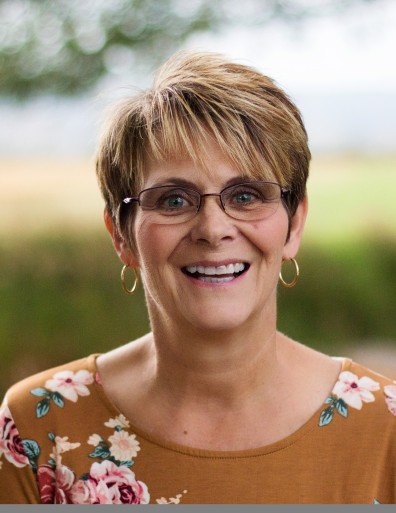 1961 – 2019 Paris Michelle Anderton returned to her father in heaven on Tuesday August 27th after a two-year battle with cancer. She passed peacefully surrounded by her loving family.

Paris was born May 1, 1961 in Aigrefeuille, Charente Maritime, France to Anthony Armond Liebhardt and Marcia Fletcher Liebhardt. In her youth Paris traveled throughout the southeastern United States and to Germany with her family as they moved with the military. The family spent four years in Fort Jackson South Carolina. While in there, Paris traveled with her family following the Army Rifle team to various competitions. Paris became a proficient marksman herself proving this by a shooting competition against the military men. She shot the bullseye out of the bottom of a solo cup at 100 yards and won a marksmanship rifle. The family returned to Vernal in 1975.

Paris attended school at Vernal Junior High and Uintah High School. Paris had great athletic ability. In junior high school she played volleyball and girls basketball. In high school she joined the Uintah High School drill and dance teams. She also had a wonderful musical voice and sang in the high school acapella choir. She was part of the yearbook staff and enjoyed the many friends she met through these activities. Many of whom are her friends today. Paris graduated with the class of 1979.

Paris met Ren D. Anderton at a stake dance in the summer of 1975. She was fourteen and he was sixteen. They later married on March 7, 1980 and were sealed for all eternity in the Manti Utah Temple on May 15, 1981. Together they had five children, Joseph Chet Anderton, Jeremy Martin Anderton, Cole D.  Anderton, Colt R. Anderton and Danni Leigh Anderton Harrison. She has 10 grandchildren whom are her love and light.

Paris had a very strong testimony of the gospel and was the highest example of the Church of Jesus Christ of Latter-Day Saints. She held various positions in the church including; New Scout Leader for 22 boys, Young Women’s Leader, Primary President and teacher, Three-time Relief Society President as well as a Bishops wife for 4 yrs. Her faith was her foundation on which she built her life and family.

Paris had various careers throughout her life. Working eight years at the Petal Shop in Vernal, UT as a florist she learned the art of making flower arrangements. She also filled the position of Prevention Specialist at Northeastern Counselling Center. She helped teach many families about alcohol and drug addiction. She found her favorite career as a real estate agent for Century Twenty-One Parker Real estate where she earned multiple awards for Top Seller in the area and district. She was also presented with a Distinguished Service award from Utah Central Association of Realtors Uintah Basin Chapter in 2017. Her greatest joy in real estate was helping a young couple, or others get into their first home. She was a fighter for the underdog.

Services will be held on Saturday, August 31, 2019 at 11:00 AM at the Church of Jesus Christ of Latter-Day Saints Naples 3rd Ward chapel. A viewing will be held at the Friday August 30, 2019 from 6 to 8 pm at Blackburn & Sons Vernal Mortuary and one hour prior to service at the Naples Chapel. Burial will be in the Tridell Cemetery.

To order memorial trees or send flowers to the family in memory of Paris Anderton, please visit our flower store.
Send a Sympathy Card