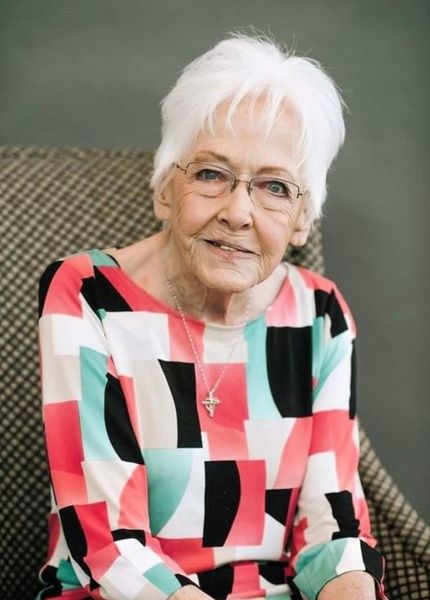 Ora Fay (Wardle) Oviatt, age 86, died on February 10, 2022, in her Vernal, Utah, home.  She was a beloved mother, grandmother, wife, teacher, musician, and more.  She was a member of St. Paul’s Episcopal Church and served as the organist for the church, as well as on the church vestry, for many years.

Ora Fay was born on February 07, 1936, in Vernal, Utah to Maryetta (Preece) Wardle and Lawrence Joseph Wardle.  She grew up in the Glines area of Vernal and participated in 4-H where she focused her efforts primarily on foods and sewing.  Some of her 4-H activities included serving on the executive board for the Uintah County Chapter, winning multiple state competitions for her cooking and sewing, and winning the 1952 National 4-H Award for foods and home economics.  While in High School, Ora Fay played flute in the Uintah High School band, sang in the Uintah High School choir and musical theater company, and played viola. After High school, she attended Utah State University, where she majored in Home Economics and minored in Music.

While attending Utah State University, Ora Fay sang in multiple operas, including playing the lead role of Carmen in the opera, “Carmen.” She also played flute with the Aggie Marching Band, and played viola in the symphony orchestra.  She also continued her 4-H activites while at USU, which is how she met her husband, Clark Oviatt. In fact, the way he courted her was by attending her multiple performances and always having flowers for her backstage. The couple were married on June 25th, 1958, in Salt Lake City, Utah.  After completing their undergraduate degrees at Utah State University, the couple moved to Altamont, Utah, where she taught music and started the first marching band in Altamont.  In 1960, the couple moved to Vernal, Utah, where she served as the Uintah County Home Agent as well as the conductor of the Choraleers.  By 1962 the choir had over 100 people singing in it.   Ora Fay held these roles until 1965 when she had her first child, her daughter Ora Marjean Oviatt.  While raising her daughter, she began her Master’s degree at Brigham Young University. She later transferred to the University of Utah where she completed her Master’s Degree in Early Childhood Education in 1971. While working on her Master’s Degree she had her second child and son, Philip Clark Oviatt, in 1969, as well as her 3rd child, daughter Mary Joelle (Oviatt) List, in 1970.

In 1971 Ora Fay opened the Country Meadows Early Education Center in the Parish House of the St. Paul’s Church.  The preschool was so popular that she added a fully functioning education facility to her home and moved the program to Maeser in 1973.  During her time as an early education specialist, she had her 4th and final daughter, Merietta Oviatt Shearer in 1976.  Ora Fay, with the aid of Marsha Oleen, ran the preschool through 1982 when she was asked by Roda DeVed and Philip Ellis to start an orchestra program for the Uintah School District.  Known as the Community Schools Orchestra Program, Ora Fay offered music to children in grades Kindergarten-12th grade in an after-school program housed at Ashley Elementary School.  The program became so popular that the school district built a building behind the Vernal Middle School to house the program.  Students in grades 6-9 would attend classes during the day at the “orchestra building,” she would travel to the high school to teach students in grades 10-12 during the day, and students in Kindergarten-5th grade would attend classes and lessons held after school. The advanced touring orchestra, which was made-up of students in multiple grades, would rehearse after school hours.

While the orchestra conductor for Uintah School District, Ora Fay conducted the yearly production of the “Messiah” at the Tabernacle.  She was also instrumental in bringing many musical talents into the Uintah Basin, including regular performances by the Utah Symphony; bringing the Matsumoto, Japan, Suzuki touring group; and more.  She also toured with the Uintah Youth Orchestra to multiple competitions throughout the United States where the orchestra would compete, and frequently win, for their performances – including being invited to perform at the Kennedy Center for Arts.  Unfortunately, due to budget cuts, the orchestra program was dismantled in 1990.

After her time as orchestra conductor for a decade, she was reassigned by the district to teach Foods and Nutrition at the Vernal Junior High School.  Her class became very popular with her very creative units, including around the world in a cheese bucket, pies, gingerbread houses, etc.  However, her most popular class was her Foods II class.  In that class students would have to prepare a seven to ten course meal for influential members of the community and some parents.  The dinner became so popular that she would begin getting requests at the beginning of the school year from people who wanted to attend the meal.  After the prepared meal was completed, students would then go to the Curry Manor where they were served the same extravagant meal. While teaching Foods and Nutrition, she continued to teach music privately.  Upon her retirement from the school district in 2000, she created the Uintah School of Music and the Arts, a 501(c)3 non-profit organization.  She taught private instruction, fiddling, and orchestra.  The program was very successful and culminated with their performance at Carnegie Hall in 2007.  Although the program became smaller through the years, Ora Fay was still teaching her guitar students up to 2019 at the age of 83. She continued playing her guitar up until two weeks prior to her death.

Ora Fay loved her children and her 12 grandchildren, and would bribe her youngest grandson to get her things with many, many caramels. She adored her cat Goldie and never slept without her stuffed sheep, Patrick.  She took great pleasure in the small things, like singing “Good Morning to You” every morning and “Bushel and a Peck” every night to anyone who would sing with her, which was usually her youngest grandson.

She is preceded in death by her husband, Clark H. Oviatt and her parents, Lawrence and Maryetta Wardle.

A family service will be held at St. Paul’s Episcopal Church on Saturday, February 19th at 10:00am, followed by a Celebration of Life at the Uintah Conference Center at 11:30am, which is open to members of the public.  Viewing will be held Friday, February 18th at Blackburn Vernal Mortuary from 6:00-8:00pm.  Burial will be in the Rock Point Cemetery under the direction of the Blackburn Vernal Mortuary.  The family has set-up a memorial fund in the name of Ora Fay Oviatt at T.J. Batty CPA (1344 West Hwy 40 Vernal, Utah 84078) to aid in the education of music students from the community.

To order memorial trees or send flowers to the family in memory of Ora Fay Oviatt, please visit our flower store.