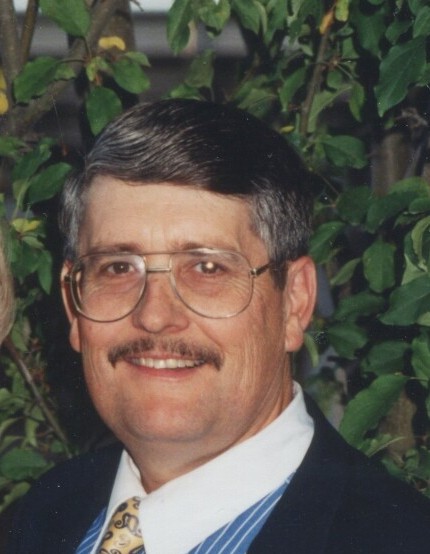 Click below to watch the Funeral Service live Saturday will start between 12:30-1:00  p.m.

His early years were split amongst time in Northern California and his beloved Vernal, Utah.  While in California he lived with his mother Marjorie and sisters, Marilyn and Sunni. While in Vernal, he lived with Ed and Erma Calder.

He spent many happy days hunting, fishing and wandering the Uintah mountains with his Uncle Ed and best friends of the neighborhood.  He has countless memories which he shared with Rosa as they traveled the mountain roads.  As many will recount, he and friends were well versed in the mischievous ways of young men.  He would often preach to his three sons that they couldn’t find any trouble that he and his friends hadn’t already found.  Being well known for comedy to the Class of 1969, Nick has left many stories with friends and family to last a lifetime.  Friends such as Rog and Russ could often be found riding the roads of Diamond Mountain and Browns Park.  After hearing many of the stories, it was a surprise that he and his friends made it to graduation.

Once graduating from Uintah High school in 1969, Nick left to serve an LDS mission in upstate New York.  Those two years kicked off many more years of service with the Church of Jesus Christ of Latter-Day Saints.  Upon returning from New York, Nick found the love of his life, Rosa Rae Millecam, also of Vernal.  After being vetted by her father and two brothers, Nick and Rosa were eternally sealed in the Manti Temple.  They left Vernal for Provo and attended Brigham Young University.  While Rosa excelled at the Y, Nick decided school was not for him at that time.  He began a career in Law Enforcement with Vernal City and eventually found his way to his beloved Utah Highway Patrol. This is where he also won several top shot awards in pistol competitions.  Later in life, he relished his time with the Uintah County Search and Rescue.

Nick found his way into the oil industry when he pulled over his future boss twice in one day.  Due to Nick’s diligence, this man felt the need to hire him in order to get Nick off patrol and on his side.  This started Nick’s adventurous career that carried him across the world.  Moving his family from Vernal to Denver, Houston, Abu Dhabi and back to Vernal where he retired in 2015.  Nick was well known in the ‘patch’ leaving numerous friends in each corner of the world.  Passing on a solid work ethic to his sons was of most importance.

Nick and Rosa started their family in 1977 when they welcomed baby David into their family.  David was adored by his grandparents and the large extended family.  Quickly behind David came Garrett and Nicholas Jr.  Nick spent his life raising these three sons in a life to embrace hard work as well as serving others.  He taught them many skills which include auto restoration, as they completely restored a 1967 CJ 5 Jeep.  But most importantly, they learned how to landscape for their mother on a continuous basis.  He instilled the love of nature, spending countless hours with the family in the Uintah’s and across Utah’s outdoors.  Camping, boating, hunting, fishing, skiing, mountain biking, repelling, back packing were all favorites of Nick’s to share with his boys.

To his delight, he was able to welcome three amazing women as they married his sons.  These marriages brought Nick and Rosa their wonderful grandchildren.  He loved nothing more than when these grandchildren as they would run through their house leaving all the messes in the world.

Nick is a faithful member of the Church of Jesus Christ of Latter-Day Saints.  Moving around the world, he was given many opportunities as a Priesthood holder. His duties included serving in the Bishopric in Denver, being a high councilman in Houston, and lastly High Priest group leader in Vernal.  He was an active figure in the Scouting program and passed his love of service and outdoors to many young men.  He enjoyed his days in with the Young Men’s, home teaching, and serving in the Branch Presidency at the Uintah County Detention Center. Nick and Rosa jointly served as the Young Single Adult leaders, cub scout den leaders, primary teachers, and a two year service mission as Pathway missionaries.  But their most beloved calling came as ordinance workers in the Vernal Utah Temple, serving with many choice men and women.   He was influenced and strengthened by his association with all who served with him.

Even though the days ahead are going to be tough for us, you left us with strength to rely on our Savior Jesus Christ.  Your testimony will live with us daily.  We know your presence here is still felt, but that leaving us, you are now in the arms of your son and family, and great friends.

Viewings will be held Friday 6-8 pm and Saturday 11:45 to 12:45 prior to the services. All at the Church. Burial will be in the Maeser Fairview Cemetery. Services are entrusted to the care of Blackburn & Sons Vernal Mortuary.

In Lieu of Flowers please donate to primary children’s Hospital. Below is a website and link to go to for DONATIONS.

To order memorial trees or send flowers to the family in memory of Nicholas Gary Eaton Sr., please visit our flower store.
Send a Sympathy Card