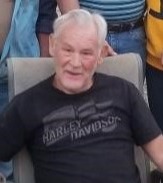 Nathan Scott Bozarth was born in Marysville Hospital in Ohio on February 8, 1959 to Nathan and Maxine Bozarth, he was the second of four children.

He married Lori Yates in 1982 and had two daughters Nicole and Amber Bozarth. They later divorced.
He met and married Nikki Levering and together they raised her daughter Whitney Levering who he loved very much. They were together from 1993 to 2008.

Scott then returned to the old Homestead in Adamsville, Utah for the last nine years. That was his special place. He had many friends in Beaver. Kerry black was his very best friend. They bonded together in the second grade and they remained friends Nathan had many friends and I cannot list them all.

He is survived by his mother; Maxine Bozarth Walmsley of Vernal, sister Lizette (Gail) Grimshaw of Beaver, Utah, Sister Lona Gilbert (Randy) of Roosevelt, brother Craig Bozarth (Tiffany) of West Valley City, many nieces and nephews who loved him dearly. He is preceded in death by his father Nathan Bozarth. No Services will be held at this time.

To order memorial trees or send flowers to the family in memory of Scott Bozarth, please visit our flower store.