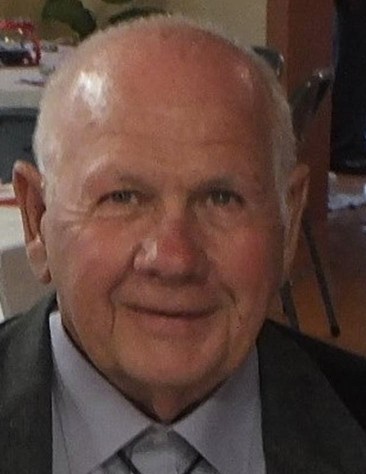 Merrill graduated from Uintah High School Class of 1959. He enlisted in the Utah National Guard in November of 1959 the winter before he graduated. He saw action during the Berlin Crisis; was recognized as a sharp shooting specialist and honorably discharged October 31, 1966.

Merrill enjoyed serving the community of Vernal in many different arenas. He was a member of the Elks club, a member of the Church of Jesus Christ of Latter Day Saints. He served over 30 years in his career with Chevron USA while owning several businesses; Maeser Trailer Park, Maeser Roller Skating Rink and MJ Enterprises.

He married his high school sweetheart Judy Rae Clark on May 14, 1960 she died in February 1996. He later married the kind and gracious Kathy Kichler Adams who became his best friend to share his retirement years with.

Merrill is survived by his wife Kathy; Children: Clark (Ruth) Adams of Vernal; Merilyn (Pogi) Harris and Kelly (Jim) Anderson both of Herriman Utah. His siblings: Jackie Renwick and Dixie (Mike) Miles of Vernal; Judy Porter of Rock Springs Wyoming and Craig (Trena) Adams of Logan Utah. His 10 grandchildren and 3 great grandchildren who were loved and enjoyed dearly. He was also loved by Kathy’s 3 sons and daughter and their spouses and children, Merrill enjoyed the blessings of this extended family.

He had multiple nieces and nephews who grew up loving Uncle Merrill and as a family he was looked to for love, guidance and support and will be missed by us all.

Merrill was preceded in death by his parents, wife Judy and their infant son Clinton John Adams. In-laws David and Raie Clark and brothers-in-law Morgan Clark and Robert Renwick.

To order memorial trees or send flowers to the family in memory of Merrill J Adams, please visit our flower store.
Send a Sympathy Card