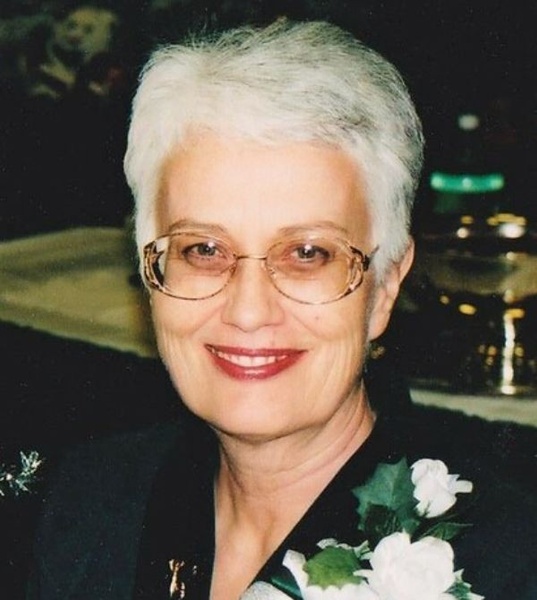 Maureen Geneva Young Spencer has lived a life devoted to her family, the community and the Church of Jesus Christ of Latter-Day Saints.

She was born in Bremerton, Washington (west coast near Seattle)on May 28, 1943 and grew up in Hartline, Washington (eastern Washington near Grand Coulee Dam). She spent her childhood living with her mother and grandparents at her grandparents home in Hartline. She often talked about great memories of her childhood and her grandparents.
Maureen bore six children, one of which only lived 5 days, and she did every thing she could to provide for their spiritual, emotional, intellectual and material needs. She loved her children and husband very much and sacrificed much for most of her life for them.
Maureen’s life was filled with, to quote her youngest son, Andrew, “constant demonstrations of unconditional motherly love. She took on a vast constellation of roles-artist, writer/editor, business owner, teacher, referee during family fights, therapist, and spiritual leader, to name a few. She did everything with integrity, dignity and self-respect. From writing articles for the Vernal Express to providing a voice on the radio, or teaching arts and crafts at Glenn-Mar Arts.”
Maureen was a very gifted writer and orator. Over the years she developed and honed her skills with the English language. She was told more than once that “she could read a telephone book and make it sound interesting”. Even in the advanced stages of Alzheimer's disease when she had trouble carrying on a conversation of more than two or three words, when asked to spell difficult words she could do so with little or no hesitation.
Maureen sustained herself financially through out high school and college mainly by writing for newspapers. She was an excellent writer. She was writing all the time. She wrote several family histories which she shared with lots of family members. After selling the family business in 2003 she also wrote for the local “Vernal Express” newspaper. While writing for the Express Maureen won an award for “Best Feature Story” from the Utah Press Association.
Maureen graduated Brigham Young University with a B. S. degree in Social Work on May 27, 1966. Then the next day, which was her birthday, she married Noel Glenn Spencer in the Manti, Utah temple of the Church of Jesus Christ of Latter-Day Saints.
For the next year after graduation she worked for the State of Utah as a Social Worker and helped her husband, Glenn, finish getting his B.A. degree from B.Y.U. Then they moved to Los Angeles, California for Glenn to work. While there Maureen continued her career working as a social worker, this time for the State of California. While in California, her first son, Erek, was born.
After a year and a half in California Maureen and Glenn moved back to Utah where with Maureen’s help, again working for the State of Utah, Glenn got his teaching certificate and started his career as a teacher. Maureen continued working for the State of Utah after moving to Vernal.
Glenn & Maureen continued their careers for 4 more years then decided to start a family business selling art and craft supplies. This business was started in their basement where Maureen ran the “store” and Glenn continued teaching. The “store in the basement” quickly grew to a thriving business making it possible after just 1&1/2 years for Glenn to quit teaching and go full time working together with Maureen running the business.
Maureen became very much involved in the business teaching all kinds of classes. Many people to this day credit Maureen for helping them get interested in art and crafts and develop their talents. She was honored one year as “Business woman of the year” for Vernal area.
Through the years Maureen held many positions in the Church of Jesus Christ of Latter-Day Saints including Primary President, Young Women’s President, Ward and Stake Relief Society counselor, cub scout leader, and Sunday School teacher.
After moving her mother from Oregon to Utah because of concerns for her mother advancing in age and being all alone she ended up taking her mother into her home for the last 3 ½ years of her mother’s life. Her mother had developed Alzheimer’s disease and eventually died in Maureen’s arms.
A short time later Maureen sacrificed another 2 years bringing Glenn’s mother into their home to care for her. Glenn’s mother was 94 years old at the time and could no longer properly care for herself.
In 2005 Maureen and Glenn went on a mission for the Church of Jesus Christ of Latter-Day Saints serving in the Illinois, Peoria mission once again sacrificing much. She never complained about any of the sacrifices she had to make on behalf of her family and Church.

Funeral Services will be conducted Wednesday December 1, 2021 at 11 AM in the Vernal 3rd Ward Chapel of the Church of Jesus Christ of Latter Day Saints (475 West 100 South)

Viewings will be held Tuesday 6-8 PM ate the Blackburn Vernal Mortuary and Wednesday at the Church 9:45-10:45

Burial will be in the Neola Cemetery

To order memorial trees or send flowers to the family in memory of Maureen G Spencer, please visit our flower store.
Send a Sympathy Card