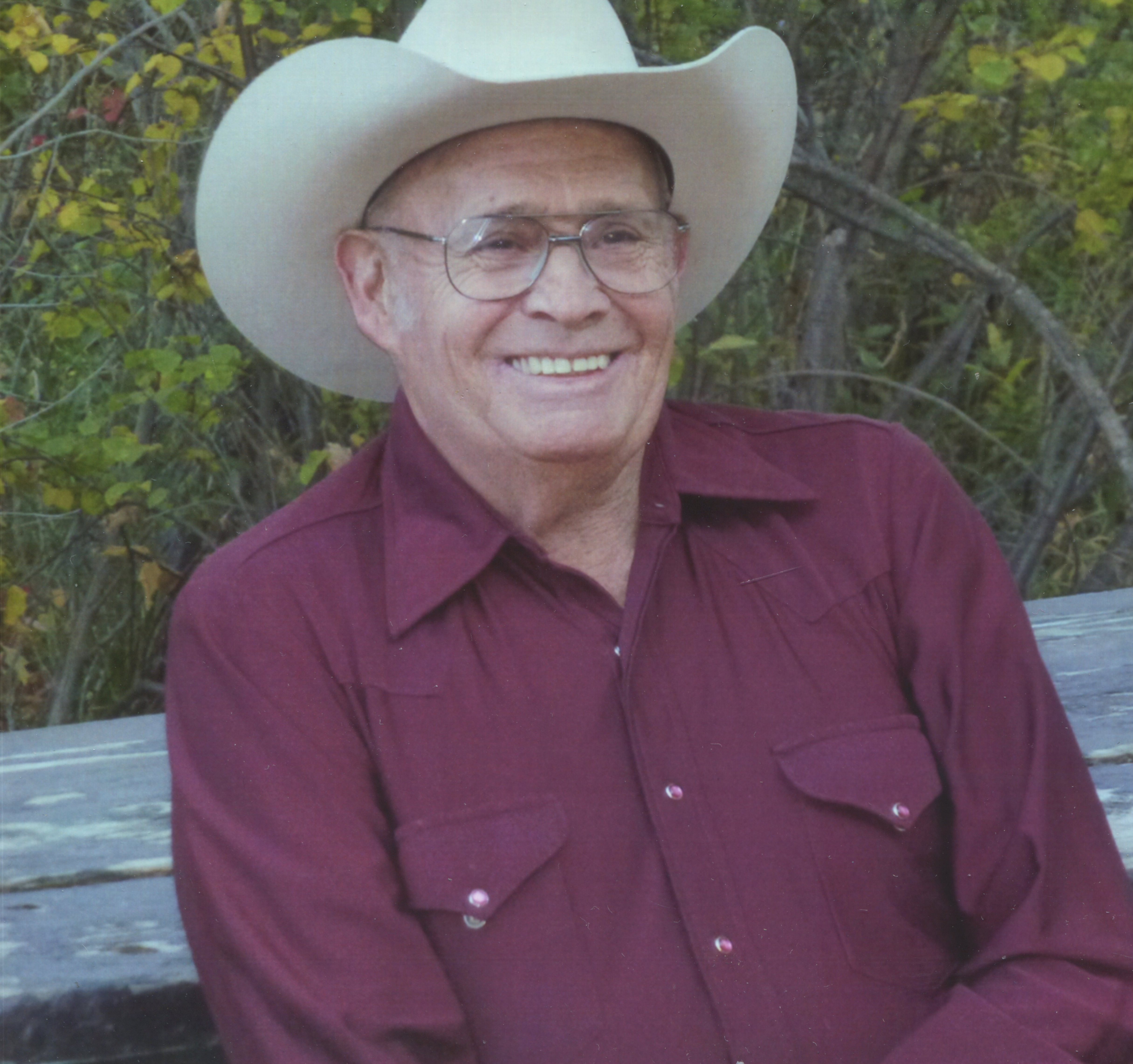 Marvin J Atwood age 83 joined his heavenly father peacefully December 30th 2017 with his family near. He was born July 4th 1934 to John "Jack" Atwood and Lois Scott. He was one of 7 children and was born in Vernal Utah. He had to quit school in the 6th grade to help the family. He started working on many Ranches in Wyoming, Utah, and Colorado. It was in Craig Colorado that he met his love, June Ione Chavis. He asked her out three times before she finally agreed to go out with him. They married August 25th 1952 in Lander Wyoming. They were blessed with two beautiful children a son DeNile "Bim" and a daughter Roxanna June. He continued to work on ranches and took his family with him. The kids soon started to rodeo and no matter what rodeo they showed up to people knew the Atwood family was there, they were the top of the game. It was in Meeker Colorado that they lost their son at the very young age of 17 to a horse accident. After that Marv started working in the Oil Field. He was known to be one of the best and toughest Drillers out there. But Ranching and the Oil Field took a major toll on his body, and soon he had to take a desk job. He was blessed with three grandchildren which he adored and they too started rodeo. Him and June both went and followed them as much as they could. When he retired he went back to training and selling dogs to Sheepmen and Cattlemen. He helped local ranchers as much as he possible could with branding and gathering. Soon he was blessed with great grandchildren and he thought he was young again, but he wasn't quite as young as he thought he was, but it didn't stop him from going to rodeos, baseball games, goat farming, and setting up a goat roping arena for the great grand kids to come and enjoy their time with him and June. Marvin is survived by his only sibling Eddie Atwood of Meeker, Colorado, daughter Roxey (Raymond) Pallesen of Manila,Utah, grandchildren KayDe (Kevin) Holmes of Vernal, JR (Lorien Stroud) Pallesen of Hayburn, Idaho, HeiDee Latham (Dustin Clayburn) of Lapoint, and 8 great grandchildren; DJ and KC Holmes, Keston Pallesen, Tylee, Haylee and Jaycee Stroud, TayLour and Boone Latham. He is preceded in death by his wife June Ione Chavis Atwood, son DeNile "Bim" Atwood, parents Jack and Lois Scott Atwood, Siblings; Angus Atwood, Clela Atwood Burton, Jimmy Atwood, Junita Atwood Boren, and Jackie Atwood Wilson. Funeral Services will be conducted on Saturday, January 6th at 11 am at the Naples 2nd Ward Chapel. A viewing will be Friday, January 5th from 6 to 8pm at the Blackburn and Sons Vernal Mortuary and an hour prior to the services at the Chapel. Burial will be in the Vernal Memorial Park under the direction of Blackburn and Sons Morturary.

To order memorial trees or send flowers to the family in memory of Marvin J Atwood, please visit our flower store.
Send a Sympathy Card