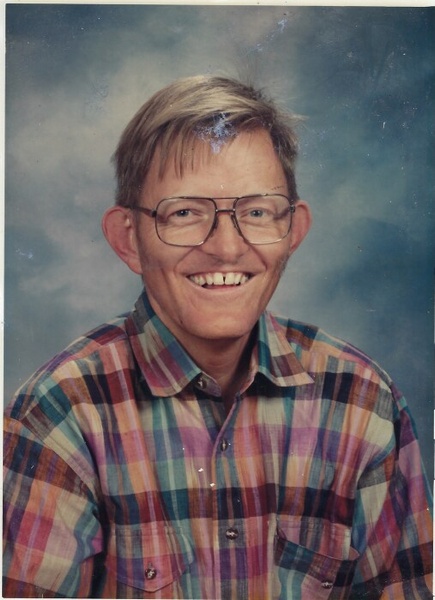 Mark Decker Wallis passed away on Sunday, June 28th in Roy, Utah. Mark, the eldest child of Jack and Janet Wallis, was born on June 19th, 1952, in Vernal, Utah. He is the older brother of Steven, Neil, David, Cindy, and Brian. He is also the beloved uncle of 28 nieces and nephews as well as 24 grand nieces and nephews. Preceded in death by his parents, Jack and Janet Wallis and brother, Steven Wallis.

Mark’s uniqueness of mind allowed him to speak with great knowledge on subjects that he was passionate about—notably, music and the history of his hometown—but complicated his formal education. Nevertheless, through his remarkable diligence, he achieved his GED from Ashley Valley High School in 1992. After his graduation, Mark continued to work in the high school. He also worked at a care center in Roosevelt, Utah and at the Vernal Express newspaper, before moving to Ogden, Utah in 2007 to be nearer to his brother Brian.
Throughout his life, Mark was an avid collector, assembling impressive collections of stamps, coins, baseball cards, and, especially, The Beatles memorabilia. He was enthusiastic about recycling and could often be seen riding his bike around Vernal gathering materials to be recycled. He was a devoted member of the Church of Jesus Christ of Latter-day Saints.
A virtual memorial for friends and family will be held on Friday, July 10th. Please email MarkWallisMemorial@gmail.com with how you know Mark for an invitation.

To order memorial trees or send flowers to the family in memory of Mark D Wallis, please visit our flower store.