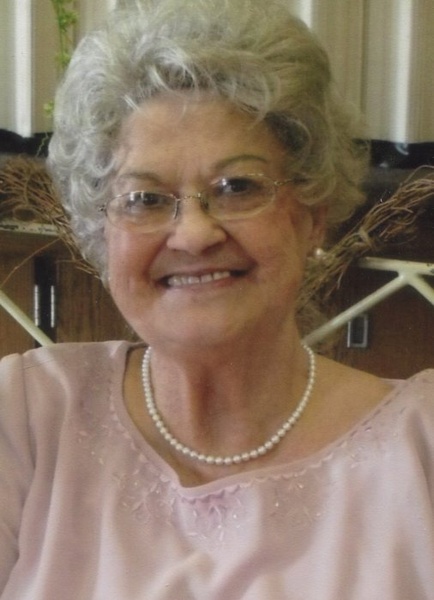 Marie Ann Wiley Darner Whiting was born April 21, 1938 in Saratoga, Wyoming to Velma Ault  and William Leslie Wiley. She passed away peacefully at home in Vernal, Utah, on October 3, 2019, after a prolonged illness.

Marie was married Henry Jay-Dee Darner for 41 years. They were later sealed in the Denver, Colorado LDS Temple. Henry proceeded in her in death in 2012. They raised their three daughters primarily in Westcliff, Colorado and later in Pueblo, Colorado.

She married Von D. Whiting in Vernal on March 22, 2014. They enjoyed fishing together. He lovingly cared for her until her death.

Marie was raised on a ranch and grew up on the back of a buckskin horse. As a young woman she raised and broke appaloosa horses. She had a natural love of the outdoors and delighted in making trips to the mountains to go fishing and to go arrowhead hunting. There wasn’t an animal that she didn’t want to take in, or feel compassion for; she always had a house full of dogs and cats but still was able to keep an immaculate home!

She made many beautiful quilts and much later in life learned to oil paint and enjoyed developing her new talent. She had a special passion for genealogy, filling dozens of 3-ring binders full of pedigree charts and family histories. In Pueblo Marie worked as a sales woman for two decades at Ben Fatties Home Furnishings.

Marie was proud that she was able to attend University of Southern Colorado as an adult and obtain a Bachelor of Science in Anthropology.

Marie was an active member of the Church of Jesus Christ of Latter-day Saints.

Marie is survived by her husband Von, and a daughter Lorie Harriss (Cris), of Pueblo, Colorado, six grandchildren and numerous great-grandchildren. She was preceded in death by her parents, her first husband, daughters Caulette Moulin and LaDawn Miller and her siblings Bill Wiley, and Lavone Bradley.

To order memorial trees or send flowers to the family in memory of Marie Ann Whiting, please visit our flower store.