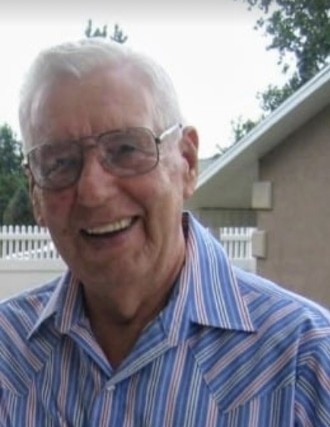 Jerry Macks Murray Passed away at his home in Roosevelt, Utah on June 8, 2019 surrounded by his family. Macks Murray was born October 25, 1929 in Vernal, Utah to Johnathen Moyes and Verlie Stewart Murray. He married Nila Weeks Murray and two  children, Keith Macks and Marlene Kay were born to this union. They later divorced and he married Geradine (Jerrie) Rich Murray on August 9, 1975. With this marriage he gained six additional children. Macks was a very hard worker and was known by many as the “best welder in the country” and enjoying keeping his yard and garden in top condition. Macks and Jerrie spent years serving in the Vernal Temple until their health would no longer allow it. Macks loved his extended family and spent many hours preparing for their annual Murray reunion of a week on the mountain. Jerrie passed away December 18, 2013. Since her passing her daughters have helped and cared for Macks many hours.

Funeral services will be conducted on Saturday June 15, 2019 at 11 AM at the Lapoint Ward Chapel. Viewing for family and friends will be Friday 6-8 pm at the Mortuary and Saturday 9:45-10:45 at the Chapel prior to service. Burial will be at the Maeser Fairview Cemetery. Under the direction of Blackburn and Sons Vernal Mortuary.

To order memorial trees or send flowers to the family in memory of Macks Jerry Murray, please visit our flower store.