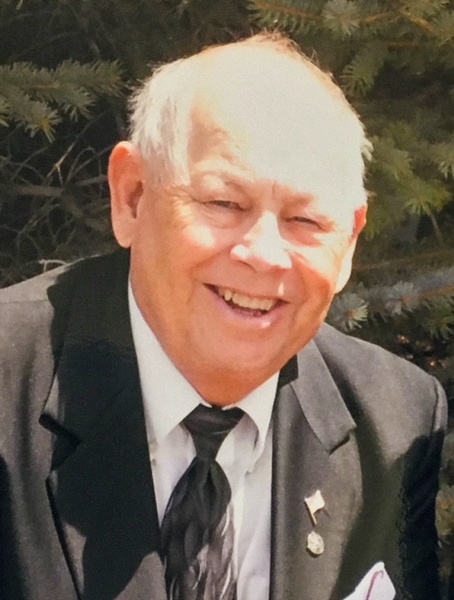 Lloyd Eugene Clark passed away peacefully at his home the morning of June 19, 2021 in Vernal, Utah at the age of 77.

Lloyd was born on April 30, 1944 in Dragerton, Utah to Provensal and Mary Oral Clark.  He Graduated from Uintah High School in 1963.  He attended Rangely Junior College.  He married his high school sweetheart Deborah Curfew Clark in 1965 in the Salt Lake City Temple.

He was a loving devoted husband and father. He was a great friend and loved by everyone.  He had the keen ability to make people feel like they were always the most important person to him. After getting married he joined and was a proud member of the National Guard.  He loved being a veteran and he had great respect for those serving our country.  He was a proud active member of the American Legion right up to his passing.

During his lifetime he worked for the Bonanza Commissary, Gilsonite Mine, Safeways, the Bird Refuge, Norge Laundromat, IGA Bakery, Vernal City, Sowards and Uintah School District retiring in 2013 after 32 years.  While he was there he enjoyed maintenance and being a mechanic, but most importantly being a bus driver. He said he had 1000’s of kids that he was privileged to bus to and from school.  He also owned his own business C’s Cobbler Shop.  He took great pride in his shoe repair and leatherwork. He always saw the best in everyone.  There were so many occasions he would put others first and offer them help without hesitation.

He was always a great provider and hard worker, he was only out of work for a total or 4 hours during his lifetime.

He taught over 6,000 kids and adults in Hunter Safety.  In 1980 he was awarded the Instructor of the year award and nominated to the Hunter’s Safety Hall of Fame. He was fondly remembered by so many that he instructed. He loved every minute of it.

He really liked the Junior Livestock show each year and served time as the President.

He was an active member of the Church of Jesus Christ of Latter Day Saints. He served in the young men’s, he was the Elders Quorum President, Financial Clerk, Stake and Ward Missionary, Stake Sports Director and served as a member of the Bishopric. He loved attending the temple weekly with his beautiful wife.  He would always say he felt the spirit strongest there.

He loved his wife and dedicated every minute to putting her and her needs first.  He taught his family how to work hard, be humble, be true to your word, treat everyone with respect and kindness, show love to your loved ones and friends, that prayer works, share your testimony often and that Heavenly Father and the Savior are real.

He will be missed by so many. But his kindness, big smile, legacy, love and example will live on forever.

A funeral Service is scheduled for 11:00 AM on Saturday, June 26 at the

Burial will be in the Vernal Memorial Park

With Military Honors from the American Legion

Under the care of Blackburn Vernal Mortuary

To order memorial trees or send flowers to the family in memory of Lloyd Clark, please visit our flower store.