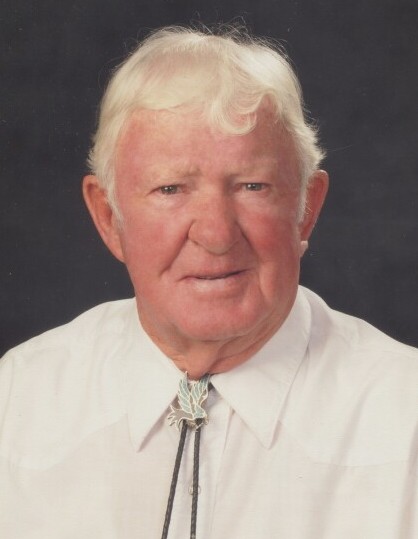 Lawrence “Craig” Caldwell, 98, of Vernal, Utah passed away peacefully with his family by his side on February 17th, 2021.

Craig was born October 14, 1922 in Lapoint, Utah in a tiny log cabin with a dirt floor. He was the oldest child of Lawrence Emery Caldwell and Zina Thompson Caldwell.

Craig left home at the young age of 14 and headed to Colorado where he had gotten a job as a sheep herder making $1 a day. The sheep business is something he was involved in for many years throughout his life. He eventually joined the military where he served as part of the 82nd Airborne (Formally the 17th Airborne), his regiment was the 513th Parachute Infantry and he served our country during WWII. He returned to Vernal after his time in the military and went to barber school, he went on to become the owner of the Hotel Vernal Barber Shop. He charged $1 a head and made many friends. One day a gentleman came in the barber shop and told him he was headed up to Oregon on a pipeline making $3.50 an hour, Craig hung up his jacket closed the shop and went with him. This was the start to a long career in the oil and gas industry. He eventually came back to Vernal where he went on to own and operate several companies in the oil & gas, construction, and mining industries (Caldwell & Covington, Hiko Bell, and Blue Bell) with his long-time business partner Bud Covington. He was also a rancher and operated Cat Creek Ranch for many years, where he deemed himself “Top Cat”.

Craig saw and did a lot of things in his 98 years. From jumping the Rhine river in Germany during WWII, to dancing with Clark Gable and Marilyn Monroe in Reno, NV it seemed like this man did it all. He survived a shipwreck as a soldier and pitched a business plan to Aristotle Onassis in New York City.  He loved animals, and took care of his small farm well into his 90’s. He loved to dance, sing, and play the guitar and did so every chance he could. He attended Kentucky derbies, and helped build the golf course right here in Vernal, UT. He spread Christmas joy to many families for years. He hosted golf tournaments, trap shoots, and even hosted Mickey Mantle at his house for a party. Phone calls were answered with hallelujah, and his fridge was always stocked with pop for the kids. He was a member of the Church of Jesus Christ of Latter-Day Saints and enjoyed teaching primary for many years. Above all else he loved his family and loved people in general. His kids were his greatest joy, and he was the best Grandpa in the world. His smile was the biggest when he had a baby in his arms, and he especially enjoyed his great grand kids. Craig never met a stranger, and he genuinely loved to help people. He lived by the words “Be kind, and loving, and help one another.”

He is survived by his children; Cheri (Steve) Martens, Linda (Mike) Murray, Jimmy Caldwell, & Tara (Davie) Merkley. 16 grandkids, and 36 great grandkids. As well as many friends, family members, and kids who claim him as their grandpa.

Funeral Services for Lawrence Craig Caldwell will be conducted on Tuesday, February 23, 2021 1:00 p.m. at the Uintah Conference Center. Viewing will be Monday evening from 6-8 at Blackburn Vernal Mortuary and at the Conference Center on Tuesday one hour prior to the services. Burial in the Vernal Memorial Park, with Military Honors provided by American Legion.

The family wishes to express our appreciation to the staff at the Landmark and Beehive homes assisted living, as well as Canyon Home Care and Hospice (Tiffany, Paige, & Shelby). Thank you for your love and compassion.

To order memorial trees or send flowers to the family in memory of Lawrence Craig Caldwell, please visit our flower store.
Send a Sympathy Card