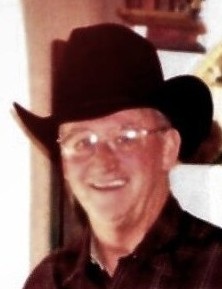 Larry Lee Murray passed away on June 14, 2021. Larry was born on January 27, 1943, the fourth child to Albert Lee (AB) Murray and Della Johnson Murray in Vernal, UT and was raised on hillsides of Blue Mountain and on the banks of Brushcreek east of Vernal, UT.

Dads love for Blue Mountain began at an early age spending many summers herding sheep with his dad for Am Caldwell on Round Top and continued with numerous sage chicken, deer and elk hunts with family and friends.  He enjoyed hunting in the Bookcliffs and Diamond Mountain and cat fishing on the Green River.  He was known to miss a wedding anniversary or a birthday party or two in order to go on a hunting trip with friends and family!

Dad spent a lifetime mastering his drywall trade.  He was the Working Man’s Working Man.  Using his hands to tell his story and working with a crew of guys that would all prove to be lifelong friends and essential parts of his family.  Starting out as a young plasterer in Salt Lake City then traveling and roaming through the mountain towns of Colorado.  Building a legend of hard work during the day and playing hard in the evenings shooting pool and dancing in the local taverns where he worked.  He sheet rocked and plastered on the beaches of Puerto Rico with “Hatch, Ed and Skippy” and took up the game of golf he grew to love so much.  He eventually settled back down in Utah working in Park City, Moab and primarily the Uintah Basin.

To order memorial trees or send flowers to the family in memory of Larry Murray, please visit our flower store.