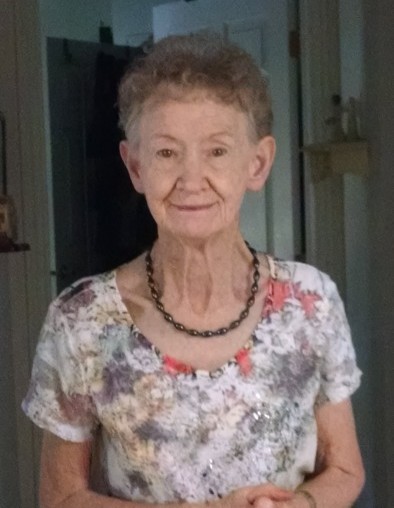 LaReta Bell Kimbell was called home to her Heavenly Father after passing away at Home on March 25, 2020. LaReta was born in Vernal Utah to Acael Chivers and Pearl Pace and was one of seven children.

She married her Sweetheart Ben on November 10, 1951 and was later sealed as a family in the Salt Lake Temple. They raised 4 children and spent 56 years together before Ben past away in 2008.

LaReta spent most of her life in Colorado where she was a wonderful homemaker. She spent several years as a custodian for the Church of Jesus Christ of Latter-day Saints. She was a talented baker, making beautiful cakes, and delicious cinnamon rolls. She always had a beautiful garden she was tending to.

LaReta was a devoted member of the Church of Jesus Christ of Latter-Day Saints and loved to spend time in the temple and doing genealogy work. She served in many callings and was loved by those who knew her.

She was preceded in death by her Husband Ben, Son Ben, and many other loved ones who had gone before her. She is survived by her Children (Carol Kimbell) Bonna (Dave) Burrows , Dorreta (Roger) George, Lonnie (Linda) Kimbell, 13 grandchildren and 25 great grandchildren.

graveside Services will be Saturday 1 pm at the Maeser Fairview Cemetery.

To order memorial trees or send flowers to the family in memory of LaReta Bell Kimbell, please visit our flower store.
Send a Sympathy Card