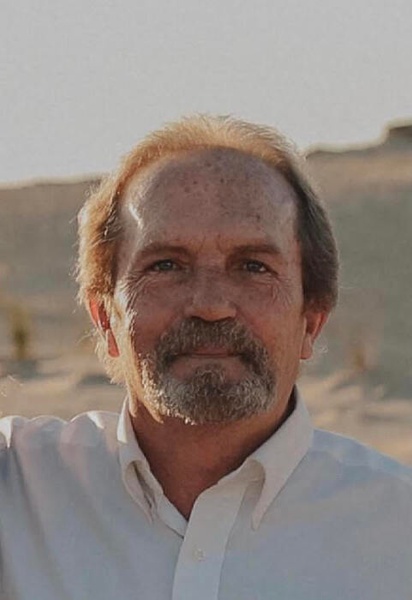 On May 10th, 2021 Lance Anderson, 62 of Vernal, UT, passed away, after a courageous battle with colon cancer, in the comfort of his home surrounded by his family.

Lance was born to Arvol “Bud” and Trellis Anderson July 27th 1958 spending part of his younger life in Bonanza before moving back to Vernal, where he met the love of his life Catherine Woollard.

Their story began one night when Cathy was talking on a payphone downtown on main street and caught Lance’s eye while he was out with his buddies. Shortly after, fate brought them back together on main street and the rest was history. December 15th 1978 they took their vows of love for one another and later sealed it for all eternity in the SLC Temple on June 8th 1990.

Throughout their marriage, Lance and Catherine lived out a dream of raising four incredible children; Corey 38, Casey 34, Kayla 30, and Kayden 25. As Lance would say all he ever wanted to do in life was be a dad and he did that job better than anyone.

In Lance’s lifetime, he had many things that brought him joy but nothing fulfilled him more than the gift of fatherhood. Whether it was camping trips, fishing, hunting, or making sure he had front row seats to any games or events for his children. There was never a shadow of doubt that his love and dedication to his family was what he lived his life for.

That love and dedication carried on when he took on the role of “grandpa.” His grandchildren were the light of his life and despite his pain and suffering from a horrific motorcycle accident in 2015,  he never let it slow him down or get in the way of giving them the best parts of him while he still could.

Lance was not only a family man but also a familiar face to those in the community and always had a good story to tell or joke to crack. He dedicated 34 years of his life to the Vernal Post Office. Those who remember his time there will recall many good conversations and his readiness to serve others helping anyway he could. After many great years spent in his career, he closed that chapter and retired from the post office in 2013.

It feels impossible to sum up the life of a man so loved and cherished in a few short paragraphs. Life will never prepare us for such great loss. But I believe God gives us the gift of memories for times such as these. Perhaps to use as a soundtrack of our lives and the joy the years spent together brought. To play in our hearts over and over until the day we meet again.

From Lance to his sweet bride “I’m building you a castle in Heaven. I’ll be here waiting for you...”

Lance is survived by his wife Catherine Anderson, his four children and their families, son Corey and wife Robin Anderson, son Casey and wife Sara Anderson, daughter Kayla and husband Alex Smith, and son Kayden Anderson. He is also survived by his four grandchildren Adeylnn, Jack, Miles and Emmett. And sisters JoDean Williams and Linda Kidd.

Lance is proceeded in death by his parents Arvol and Trellis Anderson and brother Dennis Slavensky.

Funeral services  will be conducted Friday May 14, 2021 at 1:00 P.M. at the Naples 1st Ward Chapel of the Church of Jesus Christ of Latter Day Saints a viewing will be Thursday from 6-8 PM at the Blackburn Vernal Mortuary and Friday 12:00 noon to 12:45 at the Church prior to services

Burial will be in the Vernal memorial Park

To order memorial trees or send flowers to the family in memory of Lance Walter Anderson, please visit our flower store.