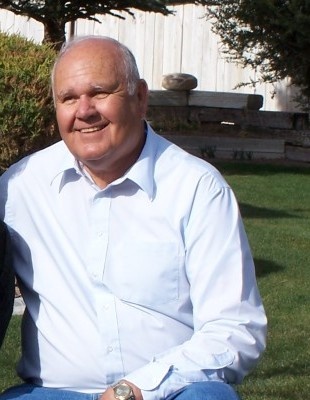 Kay lived in Grass Valley and Richmond, California until his senior year of high school when his family moved to Vernal, Utah.  He graduated from Uintah High School with the class of 1952.

Kay was a member of the LDS Church and held various callings and served in several bishoprics, and the stake high council.

He joined the army in October 1953, and served in Germany along the Czechoslovakian border during the Korean conflict.  He was honorably released September 1955.

He served an LDS mission to the Eastern States 1956-1958.  He performed in the Hill Cumorah Pageant and played the part of King Lamoni the first year and Angel Moroni the next year.

He was an ordinance worker in the Vernal Temple for a short time.

He is preceded in death by his parents, a brother, Brad Labrum.

Funeral services will be held Saturday, March 9th at 11:00 am in the Vernal 9th Ward Chapel (200 West 250 North).  Viewings will be held at the Blackburn & Sons Mortuary (15 East 100 North) Friday, March 8th, 6:30-8:00 pm and from 9:45- to 10:45 prior to the services at the Chapel.  Interment will be at the Maeser Fairview Cemetery with Military Honors provided by the American Legion. Services are entrusted to the care of Blackburn & Sons Vernal Mortuary.

To order memorial trees or send flowers to the family in memory of Kay S Labrum, please visit our flower store.