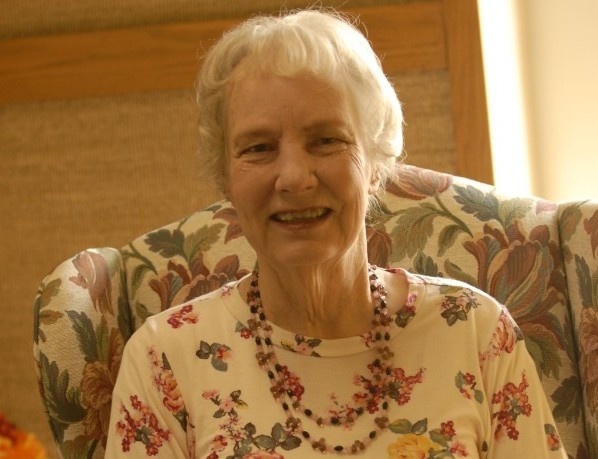 Joyce Ward was born in La Mesa, San Diego County, CA to Orin and Odessa Clawson, the 7thof nine children. She was raised in San Bernardino and Rialto, CA. She first met her future husband, Lorin Ward, in Anaheim, CA in 1964 and they dated briefly before Lorin left to serve a church mission in Uruguay. Upon his return, Lorin attended Brigham Young University in Provo, UT where Joyce was also a student, and he proposed to her on March 29, 1968. They were married in the Oakland, CA temple on August 27, 1968 and celebrated their 50thwedding anniversary last August. Joyce graduated from BYU in 1969 with a Bachelor’s degree in Nursing and earned her R.N. Her skills were put to use almost immediately – not in the medical field but in the home – as she proceeded to raise nine daughters and one son. She and Lorin returned to Southern California in 1974 and raised their family in Beaumont, CA until they moved back to Utah in 1990. There she attended school once more to become certified as a midwife and eventually delivered approximately 115 babies, including six of her own grandchildren. She and Lorin spent time in Provo and American Fork, UT as well as Pheonix, AZ, but eventually settled in their current home in Whiterocks, UT in 2000, where Joyce worked in the Home Health Care system as an R.N. for approximately ten years. Joyce was a gentle soul who took care of everyone and lived her life to serve others, especially her family. She was smart, witty, creative, and fun-loving, but was also a force to be reckoned with in doing what she knew was right. She was a lifelong member of the Church of Jesus Christ of Latter-Day Saints and had a powerful testimony of her Savior, Jesus Christ, and of the truthfulness of the gospel. She always served faithfully in her church callings, including being a Primary President for 7 years, and was known for sharing her love liberally. She loved her Heavenly Father most of all and she was able to fulfill a lifelong dream of serving a mission for the church when she and Lorin served together at the Family History Library in Salt Lake City. Joyce’s caring manner and love for everyone she interacted with means that she will be missed by many. She is survived by her husband, Lorin; her children Stephanie (Joseph) Chvala, Barbara (Gordon) Chamberlin, Tamiann (David) Parrott, Melanie (Stan) Jensen, Hyrum (Emily) Ward, Camilla (James) Thomson, Elizabeth (Matt) Tyler, Miriam Williams, Adrianne (Kevin) Labrum, and Jamilyn (Cole) Ward; and 46 grandchildren.

Burial will be in the Haden Cemetery. Services have been entrusted to the care of the Blackburn and Sons Vernal Mortuary.

To order memorial trees or send flowers to the family in memory of Joyce Ward, please visit our flower store.