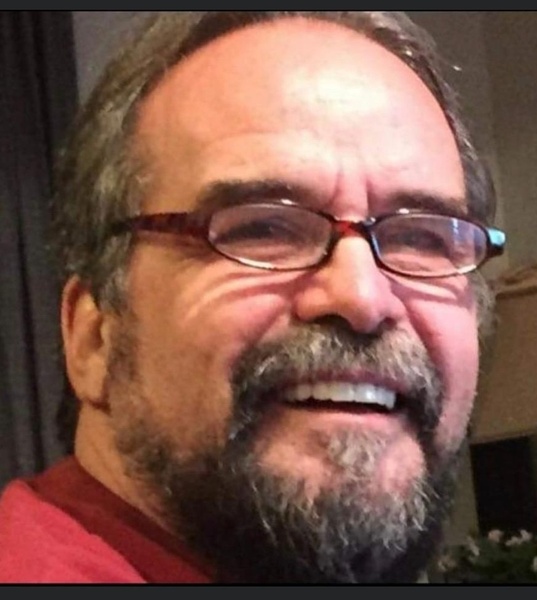 Jon Earl McDonald passed away at the Utah Valley Hospital in Provo, Utah on October 31st, 2021. He was born on August 17th, 1960 in Orange County California to Earl S. McDonald and Myra (Mann) Lucas. Jon was 61 years old at the time of his passing.

After leaving California and settling in Utah, Jon met Lisa Pace in 1989 and the two soon became inseparable. Jon’s mother Myra was remembered saying that Lisa had blessed Jon with three daughters from a previous marriage and changed the course of his life for the better. Jon and Lisa were married on December 10th, 1990 and went on to have three more children together. They were together for 33 years at the time of Jon’s passing. In addition to being a loving husband and father, Jon was also a cherished friend to many and a devoted Fastenal employee of many years. He was well-loved by both his coworkers and clients.
Jon’s family and friends will remember him as being a free-spirit and a jack-of-all-trades. Jon loved to hit the road on his motorcycle, and he shared his love for riding with his wife Lisa, who often rode with him, and his children and grand-children, who he took for rides as soon as they were old enough. There were few things that Jon couldn’t fix, and he was known to have several projects in motion at any given time—along with several more planned for the future. He was an avid metal-worker who enjoyed crafting beautiful jewelry, which he both sold and gave to family. Jon was very connected to his Native-American heritage. During their time together, Jon and Lisa attended pow wows in several states and enjoyed setting up booths many times throughout the years.
Jon is preceded in death by his mother Myra Lucas, who walked beside him through the gates of heaven, his father Earl McDonald, and his grandparents. He is also preceded by his nephew Lawrence Wagner, his grandson Houston Smith, and brother-in-law Fred Palmer.
Jon was always at his happiest when surrounded by his family, and is survived by his wife Lisa Pace-McDonald, and their children Kattie (Rich) McDonald, Tara Underwood, Nicole (Dano) Engle, Jonny McDonald, Jared (Mikia) McDonald, and Chase (Xaviior) McDonald. Jon is also survived by his grandchildren; Paige, Riley, Cash, Draeden, Kinlee, DekLyn, Shakira, Colby, Taygen, Noah, and Ben. Jon’s sisters, Rhonda Palmer, Marcia Godwin, and Tonda Jones also survive Jon, as well as many nieces and nephews. In-laws Danny (Shay) Pace, Chance (Sabrina) Pace, and Christy (Henry) Mckenna were dear to Jon and survive him as well. Jon and Lisa were active in coaching girls’ fast-pitch softball teams and were responsible for shaping many young lives. There are so many others not listed here who refer to Jon and Lisa as “dad” and “mom”, and Jon loved them all like his own.
A memorial service for Jon and his mother Myra will be held at the Uintah Conference Center at 1 p.m on November 7th, 2021 in the paradise suite, followed by a last ride starting at 2:30. Riders will proceed up Dry Fork canyon to the McConkie Ranch and end with everyone gathering at the Gateway Saloon to celebrate Jon and Myra’s lives. Anyone is welcome to join whether or not they have a motorcycle.

Jon, we’re so grateful for all of the help and love you gave to us through good and bad times. Your loss will leave a hole in our hearts and lives, and we can’t wait for the day when we get to see you again.

Services will be held Sunday November 7, 2021 at 1:00pm at the Uintah Confrence Center.

To order memorial trees or send flowers to the family in memory of Jon Earl McDonald, please visit our flower store.