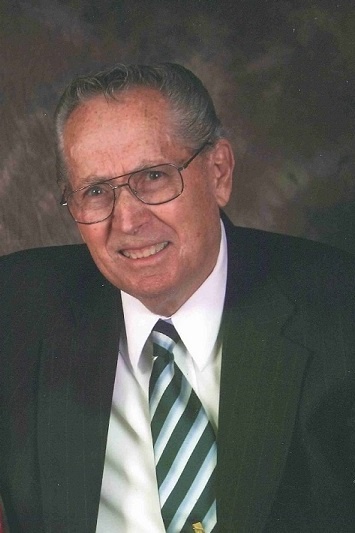 John Held Smith, age 79, passed away unexpectedly in Provo, Utah on January 7, 2018. He was born February 3, 1938 in Salt Lake City, Utah, the only child of John Laman Smith and Minnie Amelia Kempton. He moved to Vernal with his parents at the age of eight and lived the remainder of his life in the Uintah Basin. In High School he was active in basketball, track and student government. He graduated with the Uintah High School Class of 1956. Shortly after, he enlisted in the U.S. Army and served in Korea. Upon his return from Korea, he married the love of his life, Danna Dee Adams, on September 24, 1959 in the Salt Lake City LDS temple. They are the parents of two daughters and three sons. John was very active in the Church of Jesus Christ of Latter-day Saints and held many callings including Scout and Explorer leader, stake mission president, bishop, and counselor in the Ashley Stake presidency. His favorite calling was that of primary teacher. John was also active in the community serving on the school board and on the Vernal city council. He was a respected business leader owning and managing Basin Auto and Industrial Supply from 1976-2010. He is preceded in death by his son John Clark Smith. He is survived by his wife Danna Dee Adams Smith, his daughter Erledine (Jay) Wright, his son Russell Adams Smith, his daughter Lydia (Philip) Jones, his son Brian Foster (Joye) Smith, nineteen grandchildren and fourteen great-grandchildren. Funeral services will be conducted Saturday January 13, 2018 at 11:00am at the Maeser Stake Center in Vernal, Utah (2745 W 1000 N). Both viewings will be at the Maeser Stake Center Friday 6-9pm and Saturday 9:30-10:30am. Interment will be in the Dry Fork Cemetery with Military Honors provided by American Legion, Army, and The Patriot Guard American Riders. Services have been entrusted to the care of Blackburn & Sons Vernal Mortuary & Cremation Care.

To order memorial trees or send flowers to the family in memory of John Held Smith, please visit our flower store.