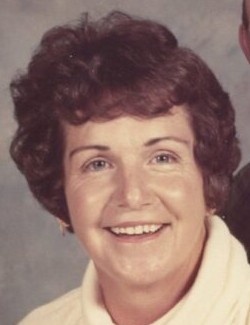 Our beloved mother, grandmother, and great grandmother JoeAnn Shepard Huber, age 84, passed away as a result of heart failure on September 24, 2020 in the University of Utah Hospital in Salt Lake City.

JoeAnn was born on September 1, 1936 in the Roosevelt Hospital to Willis Clair and Viola Mae Brundage Shepard. She was raised in Bridgeland with her older brother Joseph Clair Shepard and her younger brother Billy E. Shepard.

JoeAnn graduated from Union High School in Roosevelt in 1954. She worked in Salt Lake City for a short time before returning home.  She soon met the love of her life, Kenneth Huber.  They were married on November 3, 1956.  They celebrated 57 years of marriage together before his passing.

JoeAnn was an amazingly hard worker and spent many hours alongside Ken on their family farm and chasing cows in the mountains.  As she helped herd the cattle, she called each one by name.  It was amazing she remembered them all.

While working in the hills she kept an eye on the ground.  Rock hounding was a favorite hobby.  She displayed her favorites as accents to her beautiful yard.  JoeAnn’s yard was a source of pride for her and was truly a show place of her hard work.  There was not a square inch that wasn’t covered with flowers around neatly manicured lawns.  Her vegetable garden was also among the best.  Her raspberry patch was a family favorite.

JoeAnn loved craft projects and sewing and was well known for the delicious canning and baking she was so willing to share. Everyone loved her homemade rolls and raspberry jam! Her family and friends were all on the receiving end of wonderful handmade treasures.  Her spicy pickles were fought over in several households.

One can catch glimpses of JoeAnn from time to time in her grandchildren:  their mannerism and gestures, their faces, their love of beautiful things, and especially their love of family.

JoeAnn was a friend to everyone she met and will be greatly missed by all who knew her.  She has truly left her footprint in our hearts.  She loved family reunions and valued the people in the LaPoint/Basin community very much.

To order memorial trees or send flowers to the family in memory of JoeAnn Shepard Huber, please visit our flower store.