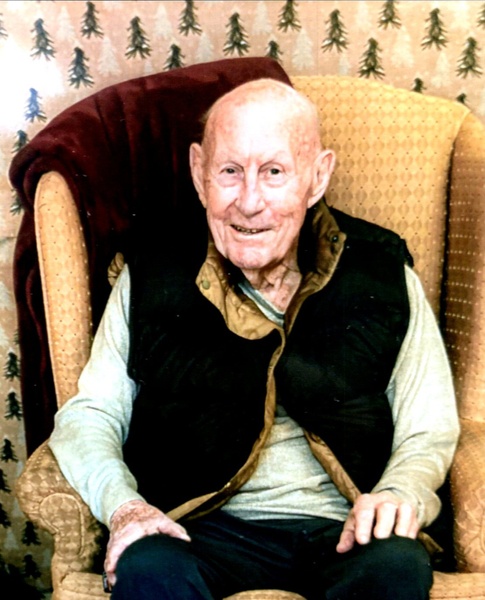 Our beloved father, grandfather and great grandfather, Joe Paul Rowell passed peacefully from this life on June 23, 2022 in Vernal, Utah.  Joe was a resident of the Vernal Beehive Home where he was loved and well taken care of.  Many thanks to Misti, Chad and the caretakers there.

Joe was born to James Almer and Gertrude White Rowell at their home near Canyon, Texas on August 17, 1927.

He quit school when he was young and went to work.  He delivered newspapers, worked on a farm and in a butcher shop until he was old enough for what he called a real job.

At the age of 17 he went to work in the oilfields of Texas.  He began working as a roughneck on a drilling rig.  It was hard work, but Joe was smart and more importantly he was ambitious!  He worked hard and kept earning promotions and eventually he was promoted to Manager of Drilling and Production over the whole Rocky Mountain area for Diamond Shamrock.    The day he retired he said he would never wear a suit again and he didn’t.

Joe joined the Army and served at Fort Sam Houston.  He was honorably discharged in 1946.

In 1950 he eloped with his sweetheart Betty.  They drove from Texas to Clayton, New Mexico where they awakened Col. Jack Potter the Justice of the Peace to marry them.  Joe and Betty were blessed with three sons, Larry, Terry and David.  David passed away from cancer at the age of 12.

Joe loved to golf, snow ski and fish on the Gorge.  He and Betty loved to entertain.  They had many friends and family they enjoyed spending time with.

Funeral Services will be held at the Blackburn Mortuary, Saturday, June 25, 2022 at 2:00 p.m. with a viewing one-hour prior.  Burial will be in the Vernal Memorial Park with Military Honors from the American Legion.

Thank you to everyone who knew, loved or helped Joe in anyway these last two years.     We love you Grandpa Joe.

To order memorial trees or send flowers to the family in memory of Joe Paul Rowell, please visit our flower store.
Send a Sympathy Card