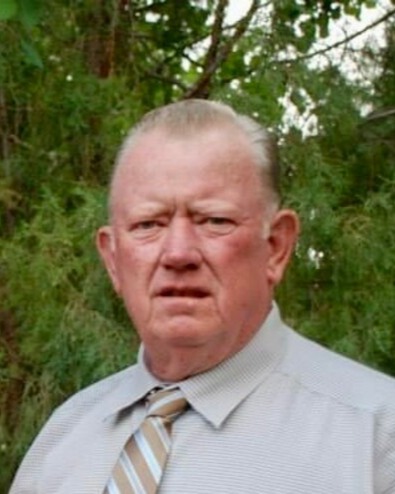 Our loving husband, father, and grandfather Joe B. “Jody” Murray Jr. passed away on Wednesday, October 26, 2022, surrounded by his wife and family.

He graduated from Uintah High School in 1968 where he lettered in baseball. Throughout his time on the field, Jody brought home two State Championship titles and could be proud of the fact that he never struck out at bat during his senior season.

He married his wife of 52 years, Judy Campbell, on October 9, 1970. They made their home in Vernal where they raised their five children.

Jody was the owner of Intermountain Concrete which was founded by his grandfather, Cecil Murray, in 1953. The company became a family affair as it was passed down to him through his parents and is now operated by his children. Like his father and grandfather before him, Jody used the family business to teach his children and grandchildren the value of hard work.

He had a love of restoring classic cars and trucks and could be found sharing his passion with friends at car shows. His favorite was his 1970 BOSS 302 Mustang.

Jody served for several years as the District Commissioner of Babe Ruth Baseball and Board President of Vernal Boys Baseball. In addition to his board service, he donated truckloads of materials to help rebuild the local ball diamonds and countless hours grooming the fields and mowing lawns by hand. Jody loved the game and had the opportunity to leave his legacy through coaching his brother Bart, his sons, grandsons, and countless other young ball players throughout the basin.

His commitment and service to the community earned him “Citizen Of The Year” by the Vernal Elks Lodge #2375 in 1997-98.

His greatest joy in life was spending time with his family. He could be found four wheeling both in the mountains and southern Utah sand dunes, Christmas tree hunting, watching a ball game, or just simply playing a tune from his collection of golden oldies.

He is preceded in death by his parents, Joe B. and Glenna Oaks Murray; and his younger brother, Cecil Bart Murray.

There will be a Viewing Sunday evening from 6-9 pm at the Blackburn Vernal Mortuary and Monday at the Church 9:45-10:45 prior to the services.

Interment will be at the Vernal Memorial Park.

To order memorial trees or send flowers to the family in memory of Joe B. (JODY) Murray Jr., please visit our flower store.