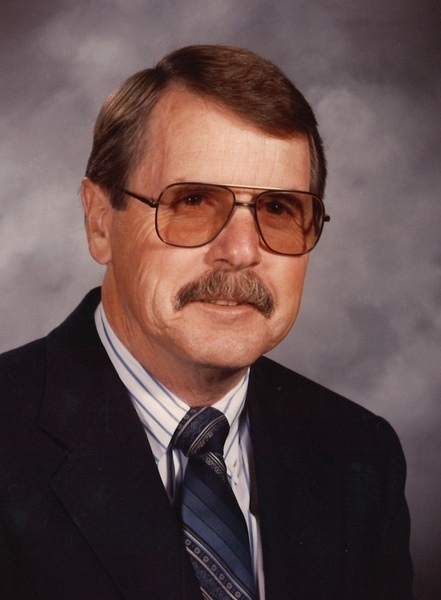 Jerry was raised in Bakersfield, California and attended Bakersfield High School and spent one year at Bakersfield College. He had fond memories of his years as a Bakersfield driller and was one of the founding members of R.O.D.E.O. (Really Old Drillers Eating Out), a monthly get together of old BHS classmates. In his one year at B.C., he became an accomplished pinochle player and quick to admit that he accomplished little else that year. He graduated from Orange Coast College with a degree in petroleum technology in 1955 and spent 10 years with a major oil company before graduating from California State University Fresno in 1966. He received an M.A. and an administrative credential from the same institution in 1971. He spent 30 years as a teacher and administrator in the Panama-Buena Vista Union School District, retiring in 1996. In his post-retirement years, he remained close to public education by serving for several years as an adjunct lecturer and supervisor of student teachers for Cal State University Bakersfield. As an avid reader, he had a long running love affair with the characters and events of the American Civil War and have visited, with his wife, all the major battle sites. He was instrumental in the formation of the Bakersfield Civil War Round Table, discussion group that for years met each month to share facts and opinions relative to that period of American history. He was also interested in the history of school districts in Kern County and in a project for the office of the Kern County Superintendent of Schools, spent countless hours poring over dusty board minutes searching out and then summarizing the significant events in the development of each district. That volume of history is often quoted by scholars around the county in publications.

In recent years he enjoyed camping and fishing in the mountains of Utah with his extended family. We would like to think Mindy, Tyler, and Kris of Zion’s Way Hospice of St. George, Utah, and Connie and Francine of Canyon Home Care & Hospice of Vernal, Utah, for the loving care and friendship this past year. Private family services will be held at a later date.

To order memorial trees or send flowers to the family in memory of Jerald Kirkland, please visit our flower store.