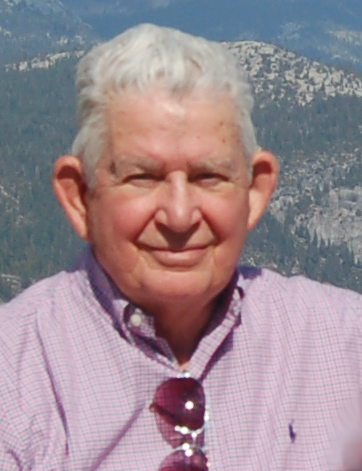 George Howard Abplanalp, Loving husband, father, grandpa, great-grandpa, and friend, passed away at his home in Vernal, Utah on January 7, 2019.  He was born in Bingham Canyon, Utah on December 7, 1931 to George Angus Abplanalp and Pamela Hone Abplanalp.  Growing up in Bingham Canyon, where his father worked in the Kennecott Copper mine, his life was filled with many adventures.  At the age of 17, inspired by reading Jack London, he traveled to Alaska with his good friend Johnny Xanthis to work for the summer. After graduating from Bingham High in 1950, he served in the Navy as an aerial photographer during the Korean War.  He married his college sweetheart LaRue Crowell on August 31, 1956 and they sealed their marriage in the Idaho Falls Temple.  In 1960 both he and LaRue graduated from the University of Utah with their Bachelor Degrees.

As a Geological Engineer, Howard worked the mines in the Park City, Utah; Lander, Wyoming; Montpelier, Idaho; and Vernal, Utah. It was in Lander Wyoming that Howard became active in The Church of Jesus Christ of Latter Day Saints. He served as a faithful member in many callings including Bishop and temple worker in the Vernal Temple. He considered his religion and his family the greatest blessings in his life.  He was also very active in the communities he lived in and was an active member of the Vernal Lion’s Club, enjoying activities to enrich the lives of so many people in Vernal, Utah.  He treasured his family and was a wonderful father.  He took his family on many trips camping and traveling, often returning to Alaska.  He was a talented artist, sportsman, and gardener, had a love of history, and was an avid reader.

To order memorial trees or send flowers to the family in memory of Howard George Abplanalp, please visit our flower store.
Send a Sympathy Card