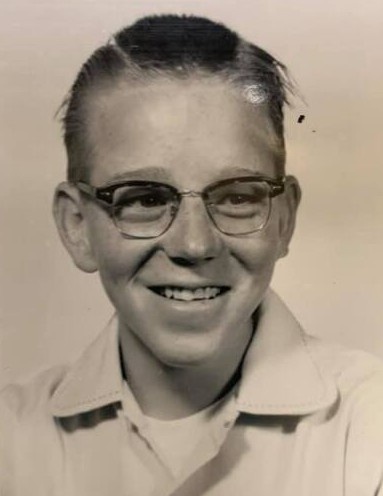 Harold DeLoy Jones, a loving husband, father, grandfather, great-grandfather, friend and mentor to many, passed away July 22, 2020, after a valiant fight of 22 years with Parkinsons disease. Harold gained the nickname “Red” as a child because of his red hair and later in life because of his fast, red cars. He was born August 7, 1941 in Vernal, Utah to Albert Edward Jones and Nellie Elizabeth Collier. He attended school in Vernal and after the 10th grade decided to leave school and explore worldly opportunities.

However, soon after being on his own he decided he wanted to return to school for further education. He passed a special entrance exam to Brigham Young University and attended his freshman year. He soon found his passion for business and motivation for hard work. He founded several successful businesses throughout his lifetime from gas and service stations to motels and restaurants, always serving in the tourist industry.

He married Barbara Anne Sundquist in 1962, who passed away in 1965 from cystic fibrosis. He later re-married a young lady from Germany, Petra Elisabeth Schoof, who had come to the United States to attend Brigham Young University. After three years of marriage and with more business opportunities in sight, they moved to Salt Lake City and later settled in Heber City, Utah. Their marriage was blessed with four children, two boys and two girls. Their first little girl, Sabina, died soon after birth. The other children grew up in Heber until the family moved to Provo after selling their businesses to enjoy a brief and temporary retirement.

In 1986, the Jones family moved back to Vernal to build Arby’s and other fast food restaurants. Throughout his business career, Red enjoyed constructing his own buildings to the point he went on to obtain his own contractor’s license. He was adamant about learning more and continuing his education. He strongly encouraged and supported all family members, as well as others, to continue in bettering themselves through education and hard work. He led by example and enjoyed being a mentor and cheerleader to many of those who worked for him in their businesses throughout the years.

Red and Petra semi-retired in 2000, to serve an LDS mission in Martin’s Cove, Wyoming telling the tales of the early Pioneers. After their mission, they became snowbirds and spent their summers in Vernal, winters in Casa Grande, Arizona, and later winters in St. George, Utah. They enjoyed attending various children’s and grandchildren’s birthdays, graduations, weddings, sporting events, music recitals and many other family activities across the country. They also enjoyed traveling around the world and spending time with their family.

A graveside service will heldSaturday 10 Am at the Vernal Memorial Park a Viewing Friday evening from 6-8 PM at Blackburn Vernal Mortuary. Burial will be Saturday, July 25, 2020.

To order memorial trees or send flowers to the family in memory of Harold "Red" DeLoy Jones, please visit our flower store.