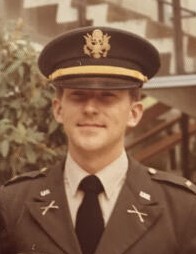 Grant Alma Wolsey was born to Heber and Fay Parrish Wolsey on September 6, 1948 and passed on through the veil of natural causes on July 20, 2020.

He is survived by 6 beautiful and talented children – five sons and one daughter, his eight sisters, their companions and numerous nephews and nieces, his aunt Evelyn Wolsey, many cousins and his dear friend and advocate Sue Fogel and other friends at the Eyers Manor in Northumberland, Pennsylvania and his ward family of the Church of Jesus Christ of Latter-day Saints.

Grant, served his church in the French East Mission.  He also served in the Army ROTC and will be buried with military honors.  He was talented in music, writing and in creative thinking and missionary work for the Church of Jesus Christ of Latter-day Saints – often being ahead of his time.   He had a kind, sensitive and tender heart.  The world around him was regularly too harsh for him to survive in well or thrive.  Perhaps, with his valiant struggle with mental illness, he came to this Earth to test those of us who knew him, more than to be tested.  He will be greatly missed by those who love him and by those who learned much from and because of him.

To order memorial trees or send flowers to the family in memory of Grant Wolsey, please visit our flower store.
Send a Sympathy Card