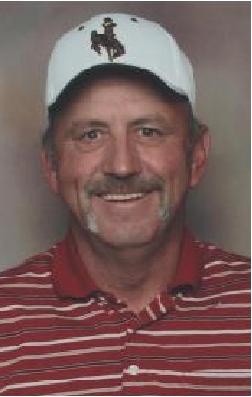 Glendon W. Jackson passed away at his home on April 5th, 2021 after a long fight with heart disease. He was born in Vernal, Utah on April 24th, 1955 to Sherron G. and Donneita Jackson. He was the oldest of 6 children: two brothers and three sisters.

Glendon loved to go hunting, fishing, camping, and spending time with his family. He had a sense of humor that did not always show, and he could tell a story like no one else. One of his hobbies was catching rattlesnakes until he was bitten by one in 2008. Then in 2013 he was diagnosed with heart failure and had an LVAD (Left Ventricular Assist Device) implanted to help his heart pump. This made it difficult for him to enjoy the things he loved to do the most.

Glendon worked most of his life in the oilfield at various companies including Land & Marine, Acme Tools, and Weatherford. He worked for two of his uncles at Jackson Bros. Construction. While there he worked along-side of his dad which provided a lot of time for them to talk and see each other. In 2004, after the death of his dad, Glendon moved to Casper, WY to work at Graco Oilfield Services as a salesman. There he gained the trust of many loyal customers who knew they could count on his knowledge and skill to meet their needs, even after he moved back to Vernal to manage the Graco shop in 2011, but he decided he did not like the roll of a manager, so he resumed his position as a salesman and returned to Casper in 2012. Glendon stayed there until his health forced him into retirement. He later moved back to Vernal in 2020.

He is proceeded in death by both parents, Sherron and Donneita Jackson, one grandson Devin Lee Burt, one sister Verna Gale Scott, and two brothers-in-law, Homer Scott, and Lee Overholts.

Funeral service for Glendon Jackson 65 of vernal will be held Saturday April 10, 2021 at 11 AM at the Blackburn Vernal Mortuary a viewing will be held Friday 6-8 PM and Saturday 1 hour prior to services

Burial will be in The Rockpoint Cemetery

To order memorial trees or send flowers to the family in memory of Glendon Jackson, please visit our flower store.