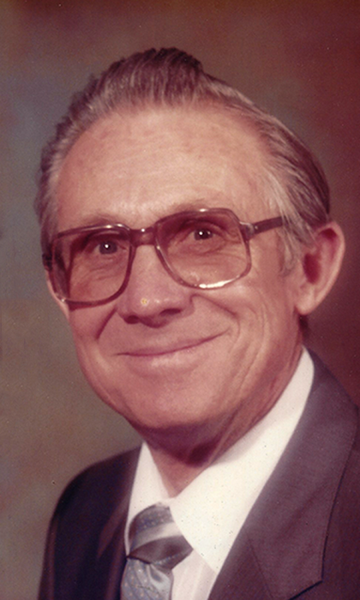 George Richard Runyan passed away peacefully on June 26, 2019. George was born on May 2, 1928 to George Oliver and Lucy Maddox Runyan in Denver, Colorado. He served a mission for The Church of Jesus Christ of Latter-day Saints to the Eastern Canada Mission (1948-1950) and then served his country during the Korean War in the Navy (1951-1952). While stationed in San Diego, California, he met his sweetheart, Lorene (Rena) Cheney. They married in the Salt Lake City Temple on August 25, 1952. They have been married for 67 years. During his youth he learned construction from his mother and brothers. After his marriage, George and his brothers formed their own construction company and enjoyed working with each other for many years. During this time, he was called on a Church Building Mission to Salt Lake City (1964-1966). He moved his family there and was in charge of building two chapels from the ground up and supervising the completion of two others. Upon returning to Colorado in 1967, he continued in the construction business, building homes and chapels. In the early ‘70s, he changed professions and became a funeral director for the newly established Brown Runyan Stevenson Mortuary. Building the home of this new endeavor was his final construction project. He became very well known in the Denver area for being a compassionate, caring, and dedicated funeral director. In 1990, George retired, and he and Rena served for eighteen months in the Santa Rosa California Mission. In 2000, George and Rena left their Denver home of 32 years and relocated to Vernal, Utah. George will always be remembered as a generous man who gladly gave of his time to serve others, who loved the gospel, was a loving father and grandfather, and was unfailingly devoted to his sweetheart. He was a member of The Church of Jesus Christ of Latter-day Saints, where he served in several capacities, including Scoutmaster for many years (earning the Silver Beaver award), Bishop, Counselor in a Stake Presidency, Temple Sealer, and Stake Patriarch (of the Vernal Ashley Stake). He is survived by his wife, Lorene Cheney Runyan, five children, Michael (Pamela) Runyan, Nashville, Tennessee; Daniel Runyan, Vernal, Utah; Susan (Walter) Gale, Vernal, Utah; Julie (Wayne) Millett, Aberdeen, Idaho; Thomas (Kristynn) Runyan, Meridian, Idaho; 25 grandchildren, and 58 great-grandchildren. He was preceded in death by his parents, his five brothers, his sister, one grandson, and one great-granddaughter. Services will be held Saturday, July 6, 2019 at 1:00 p.m. at the Vernal 7thWard Building, 845 West 100 North, Vernal, Utah. Viewings for friends and family will be held at the Blackburn & Sons Vernal Mortuary, 15 East 100 North, Vernal, Utah on Friday evening from 6:00–8:00 p.m. and Saturday preceding the funeral from 11:45–12:45 p.m. at the church. A graveside service will be held Monday, July 8, 2019 at (T)9:00 a.m. at Ft. Logan National Cemetery, 4400 W. Kenyon Ave., Denver, Colorado, with interment following. Funeral Directors: in Vernal, Blackburn & Sons Vernal Mortuary; in Denver, Advantage Funeral & Cremation Services, Runyan Stevenson Chapel. https://www.blackburnvernalmortuary.com

To order memorial trees or send flowers to the family in memory of George Richard Runyan, please visit our flower store.