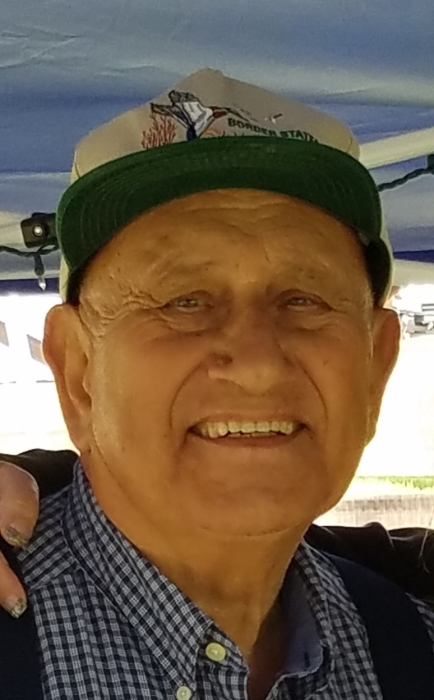 Gene Edwin Watkins was born on July 13 1940 in Vernal to Edward Watkins Jr and Nancy Ella Peacock.  He grew up in the Davis area where he met and married his eternal sweetheart Barbara Ann Johnson on June 11 1959.  They were solemnized in the Salt Lake temple a year later.

Gene’s father was 58 when he was born and his mother was 43.  He had a nephew that was 15 years older and two more that went to school with him.  The Postma Boys used to joke about Dad being their Uncle Edwin.  Gene spent most of his life growing up taking care of his parents.  He has always been patient and compassionate with others and took wonderful care of our mother during her struggle with Alzheimer’s.

Gene had a talent for invention and could build or fix anything with whatever was lying around.  He loved to dig with a shovel and spent many hours in ditches, trenches, or removing rocks.  He had a green thumb and loved flowers and keeping his yard in tip top shape.  He bought an acre of land covered in sage brush and greasewoods and slowly turned it into a lush paradise complete with trees and a running stream.  His family will be forever grateful for the memories he created for us there.  The Grandkids call it Never Never Land and it reminds us of our Florida roots.

Gene worked as a mechanic for Utah Motor, American Gilsonite, and San Francisco Chemical.  He spent 1967 thru 1969 working for Harris Drilling running an exploration rig all over the western United States.  He then started working for Stauffer Chemical where he became an Electrician.  He was transferred to Montana in 1986 and worked at Stillwater Mining Co for Chevron as the General Electrical Supervisor.  He was skilled at fast track construction and helped to build the platinum mine from the ground up.  He retired in 2000 and moved back to Utah to be closer to his family.

Gene was always an active member of the Church of Jesus Christ of Latter Day Saints.  He served in many callings and was a proud founding member of the Absarokee Branch in Montana.  Each Friday afternoon of his retirement was spent working in the Vernal Temple.  He had many friends at the Golden Age Center and was a member of the Uintah Council for Aging.   He and mom loved to dance and spent many weekends at square dancing jamborees when they were younger.

Gene fought a courageous 24 year battle with prostate cancer and stayed strong right up until the end.  We are so proud of the example he was to everyone he met.  The Family would like to thank the doctors and nurses at Ashley Regional Medical Center and Canyon Home Care and Hospice.  We couldn’t have done this without you!

Funeral Services will be held Wednesday, June 5 at the Davis 1st ward Chapel at 11 A.M. Viewings will be Tuesday at the mortuary form 6-8 and Wednesday 9:45- 10:45 friar to service. under the Direction of Blackburn and Sons Vernal Mortuary and Cremation Care.

To order memorial trees or send flowers to the family in memory of Gene Edwin Watkins, please visit our flower store.
Send a Sympathy Card