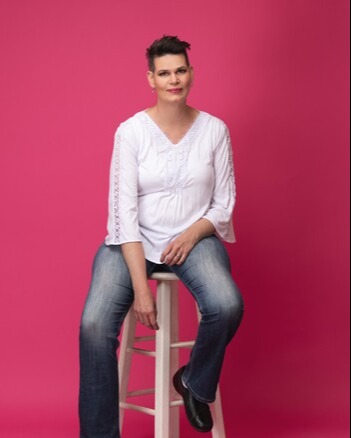 Gayle Jackson of Maeser, Utah passed away at home on Friday, December 2, 2022. She was born January 12, 1975, to Paul R Peel and Frances Bushman in Mt Pleasant, Utah. She was the ninth of nine children. She grew up in Mt Pleasant and attended North Sanpete High School. She attended Snow College where she met her husband, Michael Andrew Jackson. They were married in the Manti Temple on March 11, 2000. They made their first home in Cedar City where both Gayle and Andrew attended school at SUSC. They then moved to the Maeser/Vernal area.

Gayle had many hobbies that started while she was growing up. She was a voracious reader and loved to sew, make pieced quilts, knit, crochet, and spin her own wool yarn. She once said she liked to sew because she felt closer to her mother while sewing. She was very creative and made many things for her family and many others, and loved sewing clothes for her children, especially dresses for her girls. Spinning became a favorite and she joined the local fiber guild where she learned the art. Gayle shared in a Facebook post “I was so enthralled with spinning that my dear husband made me several drop spindles and gave me a spinning wheel of my choice for Christmas in 2019.” Gayle also loved to preserve food, bake, try new recipes, prepare big meals, and take trips to the woods with her family.

Gayle was always making new friends and chatting with old ones despite her many challenges. One of her biggest challenges came in August of 2019 when she was diagnosed with breast cancer which she valiantly fought through surgeries and treatments. In 2021, she was featured as a cancer survivor of the Uintah Basin in the “Admire the Survivors” initiative.

Gayle was an active member of the Church of Jesus Christ of Latter-Day Saints her whole life. She liked to sing in ward and stake choirs. Recently she facilitated the “Emotional Resilience Class” and enjoyed it. She also enjoyed family history and completing temple work. Most importantly Gayle was the mother to five children and wife to a husband whom she loved dearly.

Viewing Friday evening December 9th from 6-8 at the Blackburn Mortuary. Funeral services Saturday, December 10th at 10 AM at the Rock Point LDS Chapel (2575 North 1500 West) with a viewing 1 hour prior. Interment will take place in the Rock Point cemetery. Arrangements under the direction of Blackburn Vernal Mortuary.  Online condolences may be shared at blackburnvernalmortuary.com.

To order memorial trees or send flowers to the family in memory of Gayle Peel Jackson, please visit our flower store.