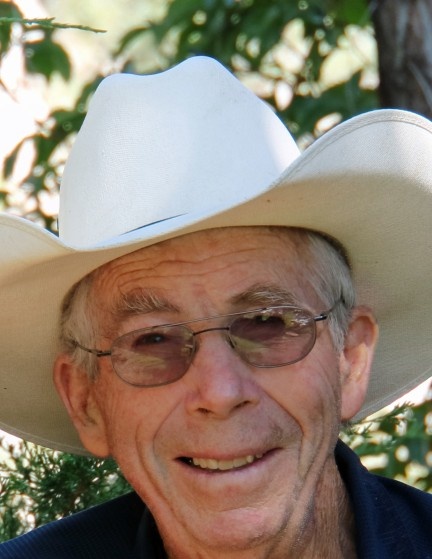 Gary Kean Anderson was born on October 24, 1935 in Twin Falls, Idaho to Maurine Lambert Jones Anderson and Albert LaRell Anderson. Gary peacefully passed away in his home, on the afternoon of May 22, 2020, surrounded by his family.

Gary's life in Vernal began when he moved here with his parents at the age of 8. LaRell and Maurine started Uintah Packing Co. where Gary and his four brothers learned to work and help with the family business.  In the early 60s, his family also built and operated the Grizzly Ridge Ski area.

As a young man, Gary served his country in the National Guard where he learned to operate heavy equipment. He also helped build the visitor center at Flaming Gorge Dam.

On January 30, 1964, he married Leah Johnson in the Salt Lake City Temple. They made their home in Vernal and were blessed with two sons and five daughters.

Gary had a great love for animals, especially horses, and long desired to be a rancher.  In 1971, Gary and Leah moved their family to Wisdom, Montana to work on a cattle ranch for his cousin.  They were there five years when the ranch sold. Gary moved his family back to Vernal and returned to work for Vernal City as the head greens-keeper at the local golf course. He kept the golf course grounds pristine until he retired in 2003.

Riding horses and bikes was a passion of his. He loved his horses and had many special ones through the years.  In 2014, his grandson, Gavin, made a trip to Ohio and purchased a buggy from the Amish. It didn't take Gary’s horse, Otis, long to learn to pull it well.  Gary enjoyed rides in his buggy until just a week before he passed away.

Gary also loved to ride his bike.  He learned to ride a tricycle at two years old.  Even as a teen, when other kids were driving cars, Gary was riding his bike.  His fondness for bikes was with him to the end.  When he could no longer ride a regular bike, he rode a recumbent bike.  Gary could often be seen riding around the neighborhood. These trips frequently took him to check on a good friend or even a stranger at the gas pump. He always took the time to stop and chat and brighten their day.

He was an active member of the Church of Jesus Christ of Latter- Day Saints, and in 2004, Gary and Leah served a six month mission at Cove Fort, Utah. The highlight of his mission was meeting and shaking hands with President Gordon B. Hinckley.

Gary was quiet, patient, kind, and had a great devotion for family and others.  But he also had a mischievous side to him, often playing practical jokes.

Gary was a hard worker and took pride in providing for his family.  He proudly proclaimed, "My wealth is my family." and "This day is what we make it."  He loved to spend time with family, fishing, getting wood, and going to the family cabin for a hotdog roast.

To order memorial trees or send flowers to the family in memory of Gary K Anderson, please visit our flower store.