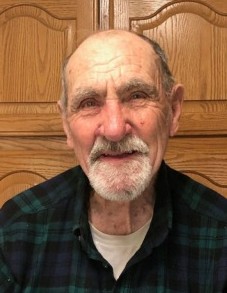 Garrey Delyle Bryant 87 of Vernal, Utah passed away in Akron, Ohio on December 23,2020.  He was born February 12, 1933 to Enid H. and Ethel May Kid Bryant in Vernal, Utah.  Garrey served in the Navy during the Korean War. He married his sweetheart DeLea Simper in Salt Lake City, Utah on June 15, 1957 and later their marriage was solemnized and sealed in the Salt Lake LDS Temple on April 28, 1967.

Garrey and DeLea made their home in SaltLake,Santaquin and the last 35 years in Vernal.

A viewing will be 12:30 pm until the time of services. Burial will immediately follow at the Vernal Memorial Park. With military Honors from the American Legion

After grave side services there will be a dinner for family and friends at The Place located at  459 North 2500 South in Vernal next to the Maeser 7-11.

To order memorial trees or send flowers to the family in memory of Garrey Delyle Bryant, please visit our flower store.
Send a Sympathy Card