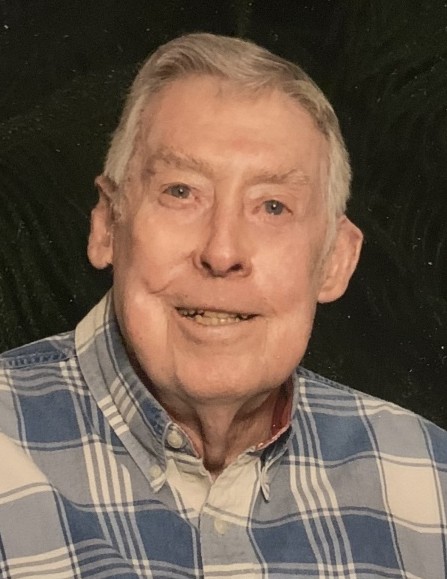 Freddy Gean Sparger, 88, of Vernal Utah passed away from complications of TMB (To Many Birthdays) Monday, January 13, 2020.  He peacefully traveled from the loving embrace of his grateful family, straight to the embrace of His Loving Savior.

The youngest of three boys, Freddy was born April 9, 1931 in Albany Texas. His parents Oran and May Sparger soon moved to Monument, New Mexico where Freddy was raised in an, “old fashioned oil field camp”. He attended Eastern New Mexico University, in Clovis, New Mexico on a football scholarship. Soon after college, he married the love of his life Jo Helen. They had two incredible children, Elizabeth (Betsy), and James (Jamie).

Freddy was soon drafted into the U.S. Army at the end of the Korean Conflict. He served honorably at several stateside posts.  After service, he worked many jobs in the oil and gas industry, but spent most of his days as a welder.  It was a common statement, “that if it was broke, take it to Fred”. In September of 1972, Freddy moved his family to Vernal, Utah. He ran his own, successful welding business there, working with many wonderful Uintah Basin people, for over 35 years.  Freddy set the standard for his children, and grandchildren, when it came to hard work, integrity, and dependability, all done without complaint.

Freddy loved fishing, hunting, camping, and all things outdoors.  The story of every adventure afield was punctuated by laughter, and that’s how they will always be remembered by his family.  Freddy, was a dedicated member of the World Vision Assembly of God Church, in Vernal, for 47 years.  He served on a construction mission to the Philippines, and many years with Gideons International.

The hardest day in Freddy’s life was April 3, 1996, when his faithful wife, and companion, Jo Helen passed away.  Laden with indescribable grief he persevered, fulfilled his days and completed his task on this earth.

Freddy was preceded in death by his bride Jo Helen, parents Oran and May and big brothers Dewey, and Johnny Sparger.  He is survived by his children Betsy (Wade) Cuch and Jamie (Lee Ann) Sparger, seven near-perfect grandchildren, 19 great-grandchildren, and 12 great-great grandchildren.

The Family would like to thank Dr. Kirk Woodward, and the Staff of the Basin Clinic. Thanks also to the staff, and our friends at The Naples Beehive Home, Uintah Care Center, and Ashley Regional Medical Center. You kept our “Superman” going, and going, and going.

Funeral Services will be Tuesday, January 21, 2020 at 11:00 AM at the World Vision Assembly of God Church. Viewings will be Monday evening from 6-8 at Blackburn & Sons Vernal Mortuary, and at the Church one hour prior to the services. Burial will be in the Maeser Fairview Cemetery with Military Honors provide by America Legion.

To order memorial trees or send flowers to the family in memory of Freddy Gean Sparger, please visit our flower store.
Send a Sympathy Card