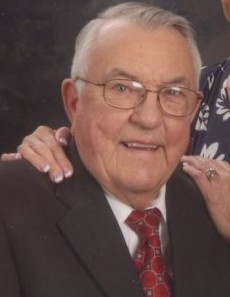 Franklin Dee Thomson, age 81, passed away on Saturday, March 10, 2018 at the Uintah Care Center in Vernal, Utah.  Frank was born on June 13, 1936 in Randolph, Utah to Hyrum S. and Mildred Hatch Thomson.  Frank was one of six sons, and grew up on a farm learning to work hard at a young age.  He graduated from South Rich High School in Randolph Utah, where he enjoyed playing on the basketball team.  He served an LDS mission to the Central Atlantic States Mission. After returning from his mission he married Sharol Ann Davidson in the Salt Lake LDS Temple in 1960.    He graduated from the California College of Mortuary Science in Los Angeles California in 1962.  After graduating he moved his family to Layton, UT    where he worked for Union Mortuary.  Later becoming the manager for Bountiful & Layton Union Mortuaries.  In 1972 he & Sharol purchased the Vernal Mortuary, in Vernal Utah. He operated the Thomson Vernal Mortuary for the next 28 years with his wife Sharol.  They loved serving the people of Vernal and surrounding communities.  Frank cared for others as if they were his own family members and took great pride in the, he served by the Golden Rule.

Funeral Services will be held Saturday, March 17, 2018 at 11 am at the Thomson Blackburn Vernal Mortuary.  A viewing will be held Friday from 6-8 pm, and I hour prior to the service. Interment will be at the Vernal Memorial Park, services are under the care and entrusted of Blackburn & Sons Vernal Mortuary

It was April 1949 that Arben Jolley opened the Jolley Vernal Mortuary. He secured a five year lease on this house that was built by John and Cora McAndrews, but then was owned by American Gilsonite. Jolley remodeled the inside to accommodate the needs for a funeral home. In 1972, Jolley sold to Frank Thomson and began the Thomson Vernal Mortuary. On February 1, 2000, it was sold to Mitch & TyAnn Blackburn and became the Blackburn Vernal Mortuary. For many years it was the only Mortuary in Vernal, Utah.

To order memorial trees or send flowers to the family in memory of Franklin D Thomson, please visit our flower store.
Send a Sympathy Card